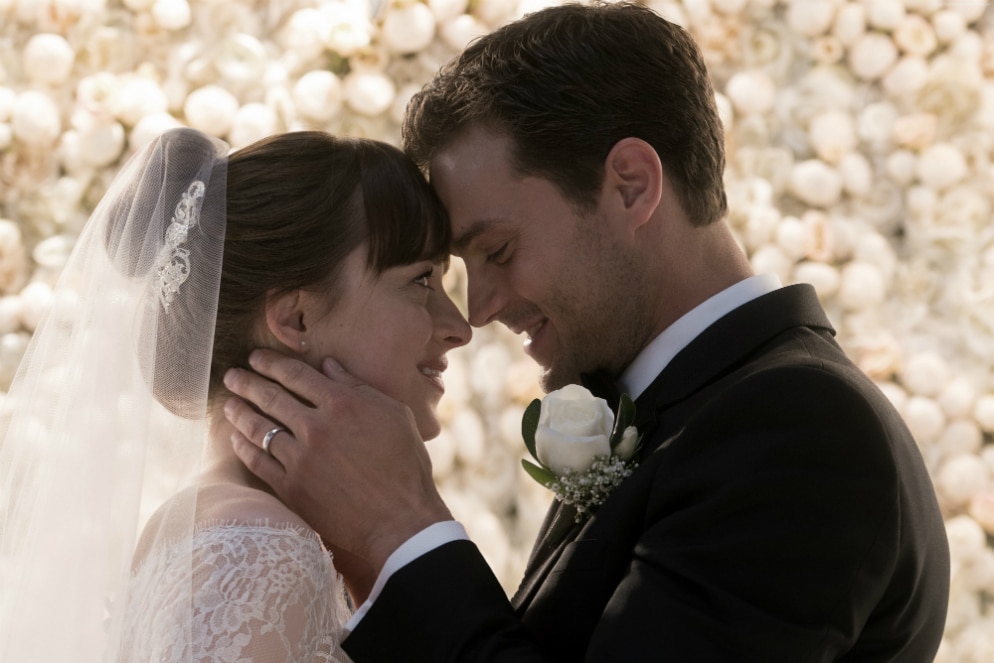 Look, I don’t mind the Fifty Shades films. Yes they’re campy, full of unattainable rich white people fantasy lifestyles, and the central couple have zero chemistry, but what did you really expect from the cinematic adaptations of Twilight fan fiction written by a lonely housewife?! These films aren’t meant to compete with the latest P.T. Anderson (which, coincidentally, also deals with a rich, white man-baby who craves domination and control by his romantic partner). And much like the Twilight film series, this audience puts up with its insufferable male lead (in this case, The Fall‘s Jamie Dornan) because the female lead is delightful. No matter what crazy shenanigans are going on in the scene (and Fifty Shades Freed is chockfull of unintentionally ridiculous plot points), Dakota Johnson makes it all compulsively watchable. Sure there are no buzz-worthy scenes (such as Fifty Shades of Grey‘s contract negotiation scene or Fifty Shades Darker‘s Working Girl tribute scene), but the conclusion of the franchise is worth watching just for Ms. Johnson.

The film picks up a few weeks after the lavish wedding proposal by Christian Grey (Dornan) to our heroine, Anastasia Steele (Johnson), where Fifty Shades Darker came to a close. Soon after their opulent wedding and then opulent honeymoon in Paris, the newlyweds are forced back home because Ana’s former sleazy boss, Jack (Eric Johnson) has infiltrated the security system at Grey Enterprises. It seems Jack has a bone to pick with both Greys, and the threats to the protection of the couple’s bond quickly pile up from there. There’s Gia (Arielle Kebbel), Christian’s overly flirtatious architect, Elena (Kim Basinger, who only appears via text message), the “Mrs. Robinson” who formed Christian’s S&M tendencies at a young age, and of course, Jack, who frequently evades authorities and the best security team money can buy just by wearing a baseball cap and using other people’s phones. (Hey, I warned you that it was ridiculous) Perhaps the greatest threat to the increasingly unhappy couple is communication. Christian forgot to tell Ana that he’s an abusive asshole and Ana forgot to tell Christian how babies are made (or, for that matter, how to be good in bed…how is it that with all his “subs” he’s still this terrible in bed?! I suppose all those women were too enamoured with his wealth to notice).

Thank goodness for Dakota Johnson’s irresistible presence. She understands how absurd the narrative is and elevates the material using every ounce of her (frequently naked) body. Well done, Mrs. Grey.