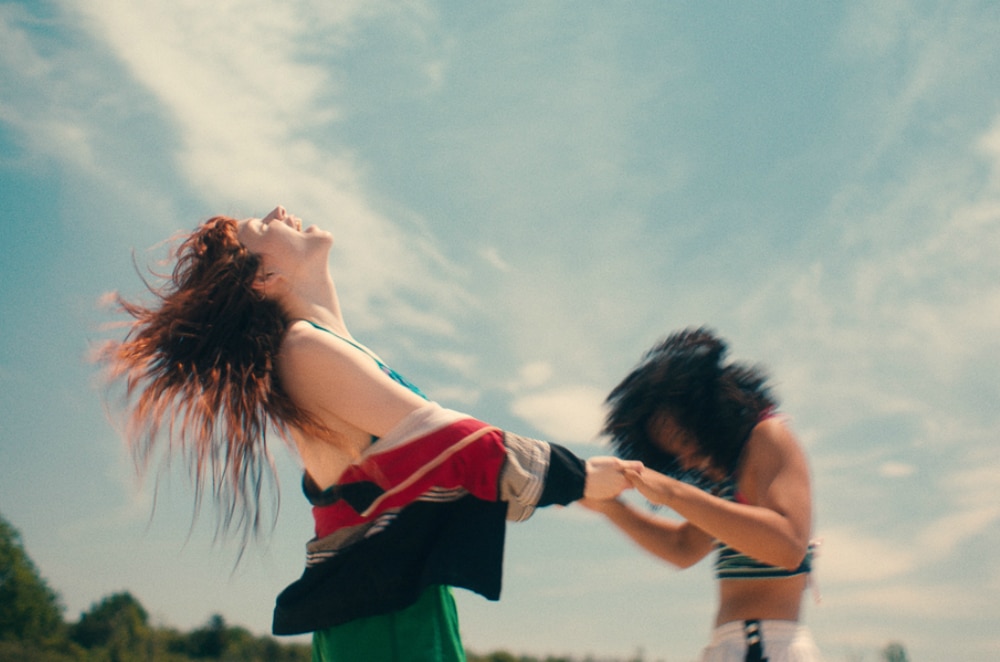 In writer-director Jasmin Mozaffari’s debut film Firecrackers everyone is trapped by patriarchy, in obvious and subtle ways. Her cast is punished by class too, but it’s a condition that at least seems actionable: the film’s characters can work to make money, steal stuff when they don’t have it, and/or just flip off anyone who gets in their way. Patriarchy does make it harder (and more unseemly) for two young girls to get away with it though.

The two young girls in question are Lou (Michaela Kurimsky) and Chantal (Karena Evans), and they have a plan. After working as housekeepers at a roadside motel, the girls are set on escaping their small town to the bright (and impossibly distant) lights of New York City. They’ve got money and moxie, except they’re also relying on at least one man too many. That their plans come undone almost immediately is no surprise, but it is heartbreaking to watch. For their parts, both Kurimsky and Evans naturally embody these rough-and-tumble girls to a discomfiting degree. On top of that, Mozaffari’s chosen lo-fi technique—handheld cameras, lots of close-ups—is effective in capturing their pain. The girls’ small town lives are as promised, and in truth, their dreams aren’t much bigger.

Firecrackers is a striking debut, one that is confident in its visuals and editing; the score too drones and rips with the appropriate sense of dislocation. Mozaffari manages to touch on all the visible (and less so) ways in which patriarchy always tips into the picture. (The future waiting for Lou’s little brother Jesse, a superlative Callum Thompson, provides its own little sad episode, for example.) Her film is perhaps more surface than substance, but even applying said touch is better than the nothing we’ve been getting. Let’s see what Mozaffari can and will do next.