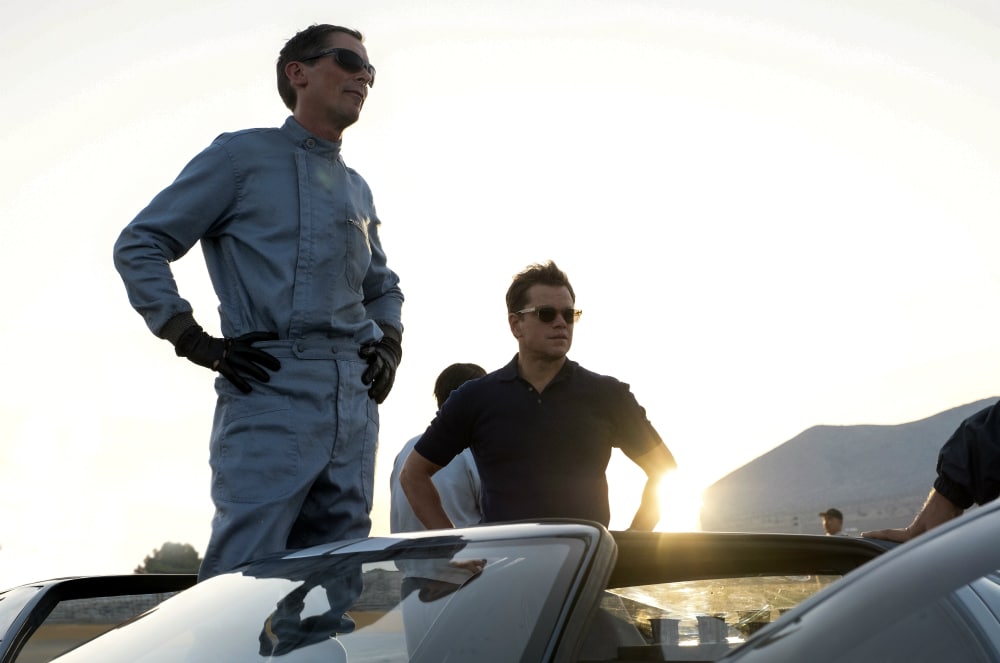 It’s fitting for a film built around the 24 hours of Le Mans to be as long as director James Mangold’s Ford v Ferrari. As written by Jason Keller, and Jez and John-Henry Butterworth, the film works as both a sprint and test of endurance, achieving a certain workmanlike assembly-line quality in the process. There are other movies like this one—sports movies, macho movies, label them as you will—and like them, Mangold’s film can be relied on in the same way to win the day.

There are a few wheels to spin in Ford v Ferrari, which informs the film’s length. First, we meet Carroll Shelby (Matt Damon), a charming racer forced into retirement for health reasons. Second, there’s Ken Miles (Christian Bale), a talented but less charming racer barely hanging onto his career. Neither of these men is Ford or Ferrari, so we have to understand the inner workings of both companies too. Enter the titular Henry II (an unrecognizably mean Tracy Letts) and Enzo (Remo Girone), and the competition that eventually brings them to the starting line at Le Mans. Mangold smartly stacks these conflicts, setting Shelby and Miles at each other, at Ferrari, and at Ford’s executives (including an oily Josh Lucas). Still, we can see the film’s turns coming, especially in its subplot featuring Miles’ wife (Caitriona Balfe) and son (Noah Jupe). As stunning as the many races are, there’s no off-roading here. The plot mechanics reach high gear thanks to engaging acting (particularly from Bale and Jon Bernthal, left to thanklessly build exposition), and we’re meant to just drive on.

Ford v Ferrari also has the unfortunate side effect of making us root for the success of Henry Ford, the second in a line of ruthless businessmen. (It’s fitting he’s referred to as Deuce, close as it is to his Italian brethren Duce.) But as with any professionally made film, one with designs on entertaining, it’s not the names in or above the title that make the difference. It’s that little v. Get that right enough and you’ve earned your ride off into the sunset.