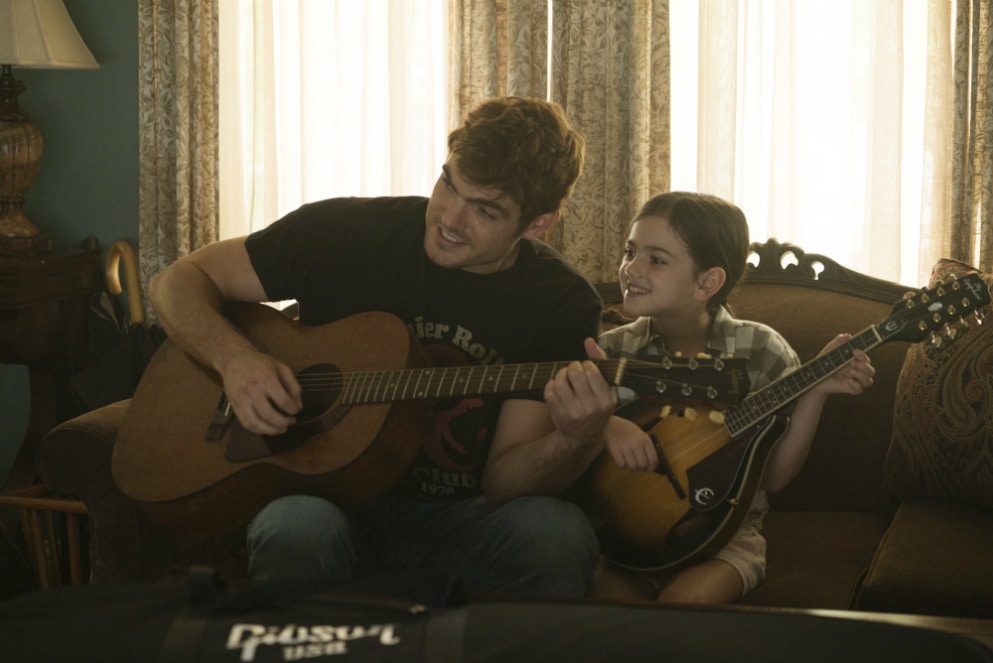 Forever My Girl feels like its ceiling is a Nicholas Sparks movie, and a good one (not like the Scott Eastwood and Britt Robertson one). And yet, despite setting the standings in this realm, it doesn’t even manage to clear this bar.

The reason for this is because of the focus being put squarely on country music star Liam Payne…er….Page. It became confusing. Quite simply put, Liam (played by British actor Alex Roe) doesn’t have a reason to be the hero of this film. He’s a douche right from the start (he starts the film standing up his fiancée at the alter), and despite holding on to an old flip phone with a message from her on it (creep alert!), he just does not earn any measure of retribution at any time. I don’t understand why the audience would be encouraged to feel any sort of sympathy for this life ruiner, and even though his country songs are fine, yet he’s a terrible choice for a protagonist of a supposed country romance.

And yet! And yet! The singer is in Louisiana for a concert and finds out from a conveniently placed TV item that a long ago friend has passed away. So Liam decides to show up to the funeral despite skipping town years earlier, poorly dressed and what’s worse is that he never even goes inside! And then we find out that his Dad (Broadway star John Benjamin Hickey) is the pastor. Awkward. So we discover that his former fiancée Josie (Jessica Rothe) clearly was upset about being stood up as she punches him in the stomach, though it was nice to see that she showed up at the funeral with a new man and a daughter. But nope! The man is her brother, and the daughter…well, it should be fairly obvious (and ridiculous).

Guy going back to his hometown (Saint Augustine) angle is dredged up once again. Look, instead of squaring the blame on the author of the book, Heidi McLaughlin, or on the director Bethany Ashton Wolf, maybe I’ll put it on the screenwriter (also Wolf).  The only redeeming aspect is young actress Abby Ryder Fortson and perhaps Rothe, but the male lead of the film is forever toxic.