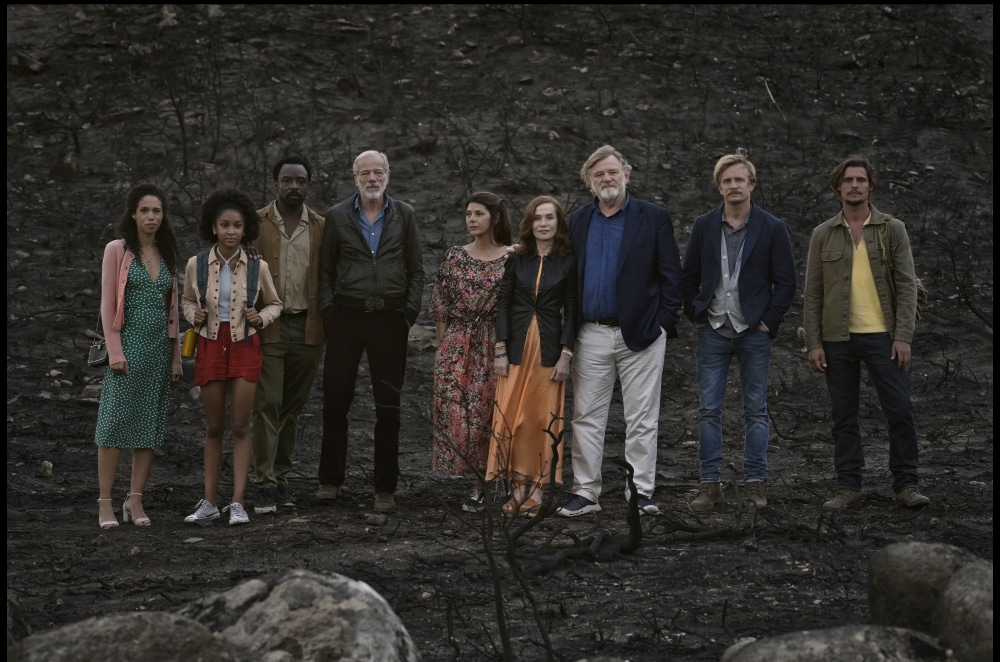 There’s a tension at the centre of director Ira Sachs’ new film, Frankie, but it’s not generated by any of its characters. As co-written with Mauricio Zacharias, we’re made to regard the extended family and friends of the film’s titular character after she summons them to Sintra, Portugal. It’s a beautiful location, filled with gardens, beaches, and darling architecture around every corner. As such, we happily wait for Sachs’ film to arrive at something meaningful, the seconds ticking by.

Except that moment never quite arrives, even after all of Frankie‘s table-setting. Its star is Françoise Crémont, a famous actress played easily by Isabelle Huppert, bringing her usual steel and mysterious resolve to the role. Beyond Huppert’s eyes, it’s possible to envision a great and moving story playing out, one that will sweep up her latest husband Jimmy (Brendan Gleeson), her son Paul (Jérémie Renier), and her step-daughter Sylvia (Vinette Robinson), lost in her own family crisis; there’s also Frankie’s friend Eileen (Marisa Tomei), for whom the trip turns into an unintended moment of clarity—and there are still others around too. As with family reunion films of this type, we can guess what has pushed Frankie to gather everyone to her. That’s unfortunate for Sachs, despite his capable eye for framing and the natural aid of his setting. In effect, his film never finds a satisfying or novel way to engage these people with and to each other. Much like the characters themselves, we like most of what we see—but love? That’s trickier.

We do learn, however, of Jimmy’s motto: “Find it before you look for it,” which amounts to suitable advice for the film itself. For all its lovely shots and soulful acting, Frankie moves unsteadily, as though trying to discovering itself as it goes. Much like Sachs’ previous work, there are weighty elements here, an attempt to grapple with actual adult problems. But the luxury of the film doesn’t suit him. And while individual elements do stand out—Huppert can never not stand out—it clarifies far less than it intends. Ultimately, the search may not have been worth it.