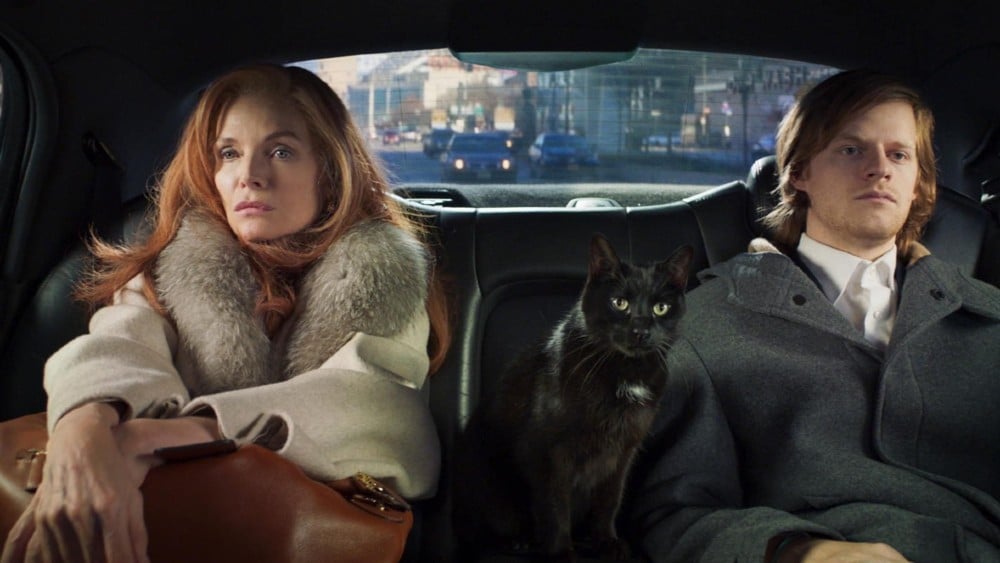 To film French Exit, novelist Patrick DeWitt adapted his own book and teamed again with director Azazel Jacobs (they made 2011’s Terri) to make it happen. This is the second of DeWitt’s books to be turned into a film, after the less than satisfying The Sisters Brothers. But while that film was disappointing in how it was brought to the screen, this new one feels like it fails for a more basic reason: the source material itself.

The beguiling centre of French Exit is Frances Price, played by the captivating Michelle Pfeiffer. She’s the widowed mother of sad son Malcolm (Lucas Hedges), and both are being edged-out of the high-class society to which they are accustomed. This is played as a tragedy, and true to DeWitt’s typical mode it’s supposed to be droll too. But there’s just no way into either character. As charming as Pfeiffer is, it’s hard to feel enough sympathy or empathy for her plight; meanwhile, Hedges’ character never stops feeling like a total drip. (Put-upon Imogen Poots tries to imbue Malcolm’s storyline with some life but to no avail.) While the film does work up some comic energy—thanks largely to Valerie Mahaffey’s brittle performance—the narrative never escapes its own droning melancholy, the proper balance never quite struck. For his part, Jacobs stages everything with appropriate ornateness, granting the film an almost timeless look while explaining why and how Frances’ life is falling apart. It’s the costs involved that come into obvious question.

Say what you will of him, Wes Anderson’s films tend to find the right pitch in this regard. His films often tackle out-of-touch and insulated characters similar to those in French Exit, and yet by the end we often want to fix their brokenness. In Jacobs’ film, there’s a point at which the mood shifts from bemused curiosity to straight impatience. Instead of wanting these people he and DeWitt have created to figure it all out, we really just want them to get on with it.