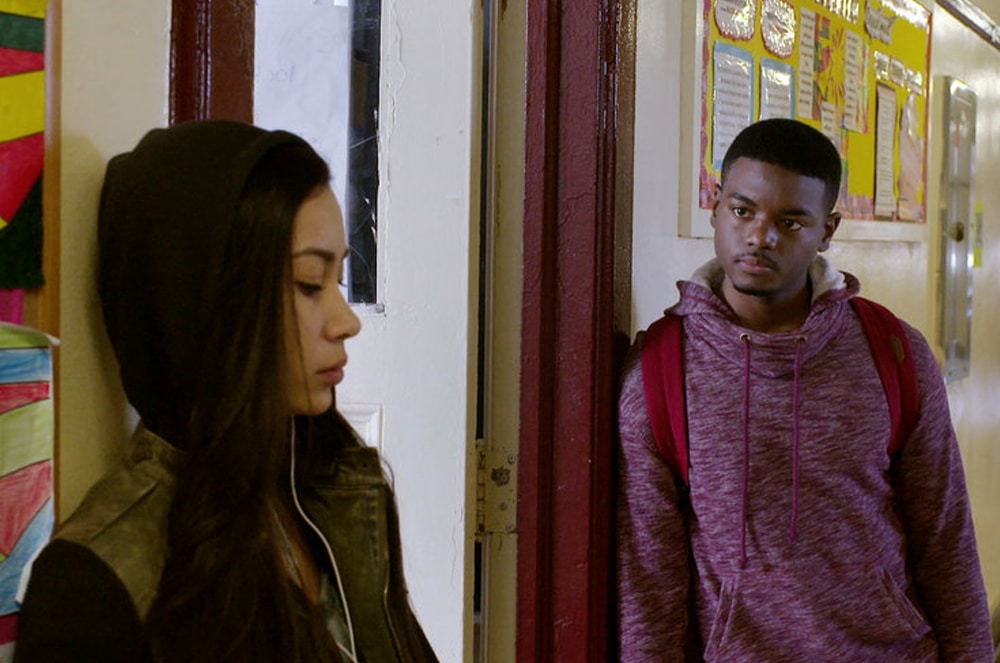 The trailer for the SXSW Film Festival award-winner From Nowhere perhaps makes the film resemble a mix of Dangerous Minds and The O.C (cue La La Land reference). However, the film is in actuality far more urgent and relevant (eerily anticipating a new reality) in this the story about undocumented youth in America. The film is loosely based on a theatrical production but feels like a film and plays out quite naturally.

Director Matthew Newton and his producing and writing partner Kate Ballen confidently navigate a story with three youths at its core, Moussa (J. Mallory McCree), a Muslim from Africa, Alyssa from Peru, the validictorian, (Raquel Castro, familiar to some as Gertie from Jersey Girl), and Sophie (Octavia Chavez-Richmond), from the D.R. (possibly the most potential for breakout of the three young leads).

Julianne Nicholson is wonderful as always, and Denis O’Hare brings gravitas to what is an extended supporting role, at one moment partaking in hilarious cell phone conversations and also spurring a very serious discussion in a very heated scene. It appears to be going one way, and then travels in quite another, essentially inciting the action of the muddy climax. And Jim Norton shows up as a landlord, so unrecognizable, to the point that I said, “is that Jim Norton?” It is. More of the landlord, please.

The major theme at play is the idea of the government of the United States having any responsibility for undocumented teenagers and their families. Is this issue now even more exposed, like a raw nerve, given the new president’s open hostility towards the new makeup of the country? It appears so. It is an interesting experience as a Canadian watching From Nowhere and feeling outside of the action to a degree, not solely because of its themes (The Bronx isn’t that far away). From Nowhere is a timely saga worthy of being seen in a theatre.