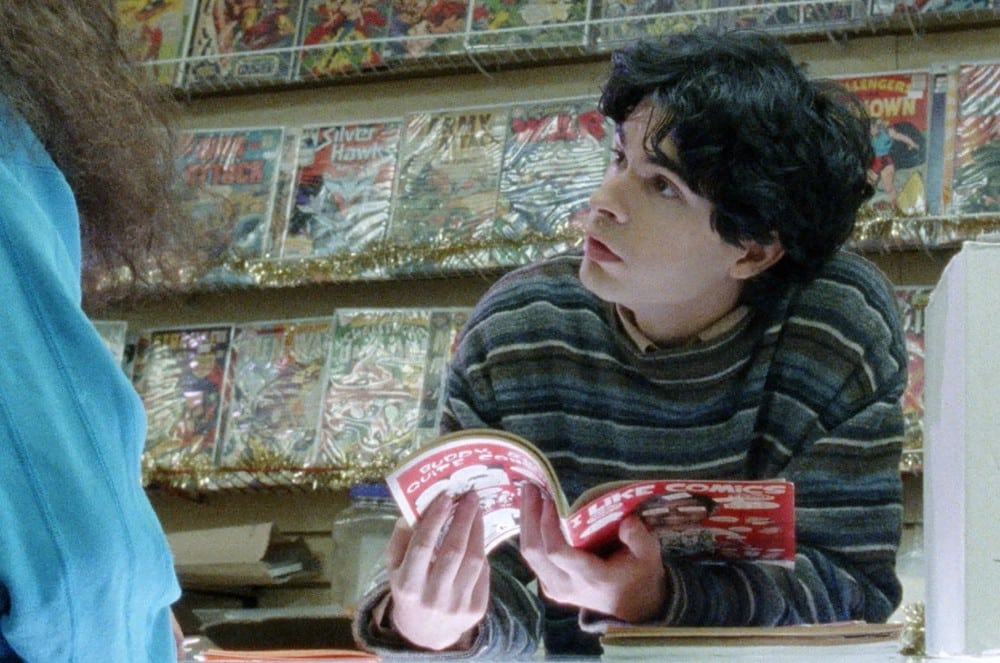 There’s no way a coming-of-age story about a male teen trying to crack into the world of American indie comics could be “normal.” The lead in Funny Pages, the remarkable debut feature from writer-director Owen Kline, may present as such, but that image doesn’t last. So it is with the film itself, a familiar-sounding cinematic bildungsroman that immediately careens in unsettling and hilarious directions—often at the same time.

Daniel Zolghadri plays young Robert, the centre of Funny Pages, an aspiring cartoonist introduced in first an encouraging, then awkward, and ultimately lethal situation with his art teacher. This is the level of black comedy Kline trades in, deeply uncomfortable setups and punchlines that nonetheless get laughs. This opening is also the wake-up call Robert needs, prompting him to drop out of school and get serious about his art; he gets a day job, moves into a basement apartment, and tries to get to work. There should be an upbeat montage here, but Kline’s film doesn’t operate that way. Lensed by Hunter Zimby and the rough-and-tumble Sean Price Williams, the film instead elaborates on the challenging nature of Robert’s dream, its narrative becoming a series of warnings, each one louder than the last: proceed at your peril. Zolghadri’s nervous energy keeps us believing, though, even after he brings home the obviously unwell Wallace (Matthew Maher, with a one-of-a-kind performance) as a potential industry connection. There’s a relentlessness to the film, perhaps owing to the Safdies as producers or just a clear-eyed understanding of the pursuit of life and art. Whether one is imitating the other here or vice versa doesn’t matter; Kline’s film feels true to both.

Where Funny Pages ends with Robert is abrupt, but it’s also not an end, adding to the unsettled feeling that pervades Kline’s work. The coming-of-age tale is supposed to point its young hero in the right direction, to settle something in his heart, if not reality. This film does that while confirming something else: it may eventually be worth it, but the life ahead won’t get much easier.