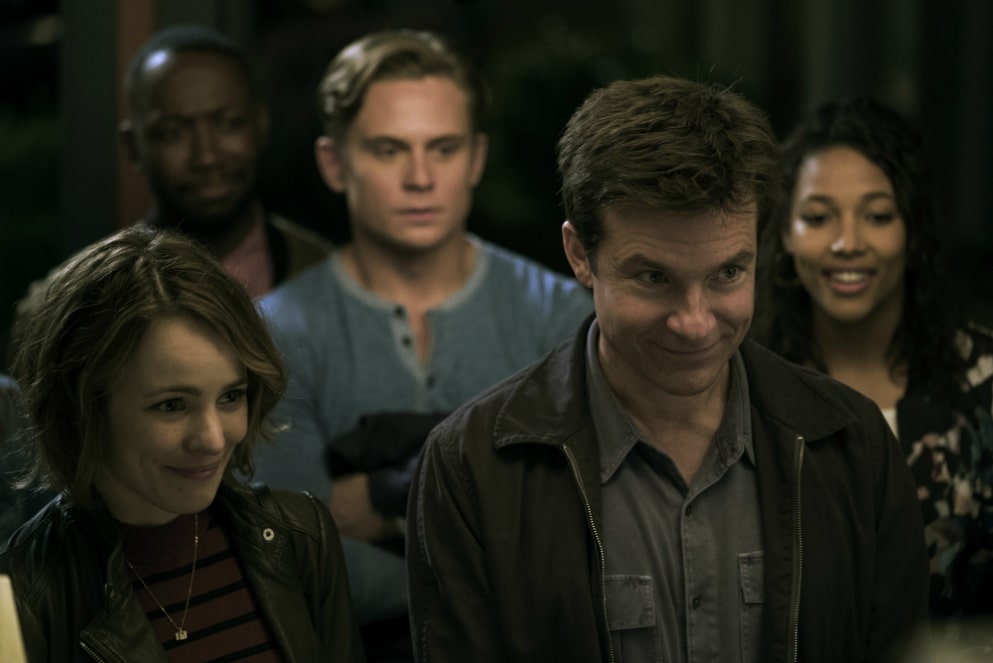 Equipped with only the knowledge that Warner Brothers repeatedly moved its release date and that it was product of the directors of the abysmal Vacation reboot, I walked into Game Night expecting the worst. Boy was I ever wrong. For that assumption I should be sent directly to film critic jail and not collect any money for my poor (pre) judgement. Game Night is the most fun you’ll have at the movies this year, guaranteed. With its game ensemble (sorry, couldn’t resist), the comedy is compulsively watchable even when the premise becomes a little tired and the ceaseless pop culture references wear thin.

Max (Jason Bateman) and Annie (Rachel McAdams) are a perfect match. They’re both super competitive and win every time they play opposite their group of friends (played by Lamorne Morris, Kylie Bunbury and Billy Magnussen) at their weekly game nights. When Max’s wealthy and “more handsome” brother Brooks (Kyle Chandler) invites the crew to his lavish mansion for a murder mystery-themed night, with the promise of his vintage sports car as the prize, the cutthroat couple seize the opportunity to finally best the more successful brother. Not long after the couples have arrived, Brooks is violently kidnapped by a pair of hoodlums, and the group, thinking it’s all part of “the game”, try to uncover who’s taken him and what their motive is. Along the way Kevin (Morris) and Michelle (Canada’s Bunbury, RIP Pitch) squabble over her past affair, dimwit Ryan (Magnussen in an extension of his memorable Into the Woods role) and his brainiac co-worker Sarah (Sharon Horgan, Catastrophe) have their own little rom-com and the central couple debate whether they’re ready to have kids.

In a particularly noteworthy sequence, McAdams DIYs her way through pulling a bullet from Bateman’s arm (a real-life version of Operation, if you will), the usually dramatic actress matching the deadpan actor’s comedic timing beat for beat. McAdams gives a refreshingly funny performance in the movie, more than holding her own in jocular scenes and no longer just the straight woman to the funny man (a la Wedding Crashers). The rest of the casting is inspired as well, with Friday Night Lights and Fargo‘s Jesse Plemons hamming it up and receiving the most laughs as creepy neighbour Gary.

Though the premise of ‘normal people thrown into shady dealings unwillingly’ isn’t a particularly new concept (see also Ozark, Bloodline – both with key cast members here, and not purely coincidentally – Keanu, Keeping Up with the Joneses, etc etc) and the swipes from Fincher’s The Game is noticeable in the plotting, score and lighting design, Game Night still feels original thanks to its energetic and winning cast.