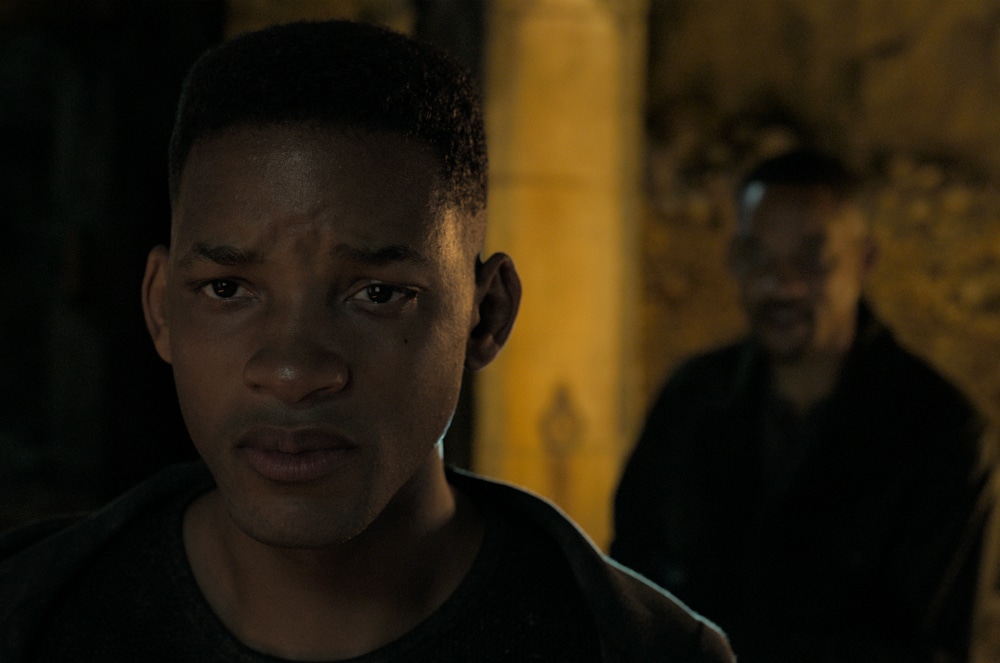 Gemini Man, from director Ang Lee, is a brazen throwback. The script, born in 1997 by Darren Lemke, sat in development for two decades before special effects arrived to realize its central conceit: an assassin’s duel with a younger version of himself. With the involvement of numerous writers since then, the finished product belies that convoluted journey. (Billy Ray and David Benioff are credited here, along with Lemke.) And while this origin makes for a neat parallel to Lee’s work, it doesn’t necessarily make for a good film.

Said assassin is Henry Brogan (a sleepy Will Smith), a man ready to retire even as we meet him mid-job about to snipe a target on a moving train miles away. He succeeds, but only just, and that micro-miscalculation is enough for him. Except, of course, Henry did miss something—and the shady forces he works for won’t just let him quit. Enter a series of bedraggled former soldiers (Benedict Wong the stand-out among them), a looming military-industrial complex of which Danny (Mary Elizabeth Winstead) is a part, and Gemini, the company led by Clay Verris (Clive Owen), the film’s bland villain. Oh, and let’s not forget Junior, played by a de-aged Smith; he’s the hook of Gemini Man, after all. Through a series of action scenes, which have by now been done better in other films, the two Smiths do indeed have it out, physically and emotionally. And true to the spirit of its concept, there’s enough context to their fight to generate a sliver of intrigue. But the film’s narrative still feels far too rote, its characters mere abstractions. Both Verris and Lee worked for years to see the fruits of their labour, yet both appear to have lost sight of what they were doing—and why.

Or maybe Lee lost sight because he decided to shoot much of Gemini Man at night to better hide his young Smith. Yes, despite all those technological advances, Junior still moves like a weightless cartoon, making Lee’s efforts all the more unfortunate. In that lack, his film becomes too dull to be a true 90s throwback; it scans as just a new bit of business instead.