Get Out Blu-Ray Review 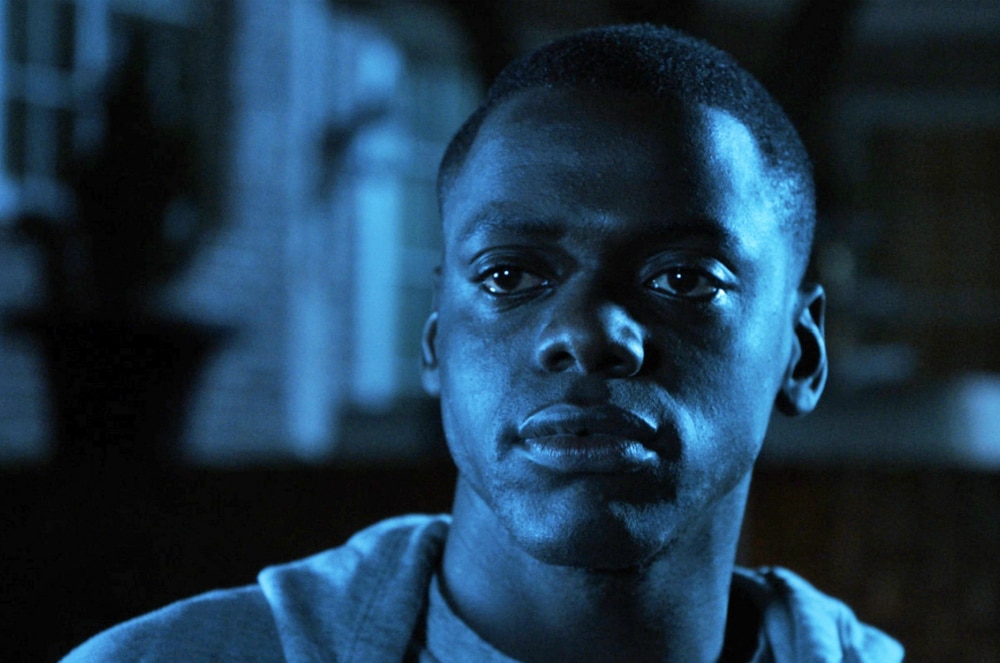 The Jordan Peele examination of latent racism (among other things) in America is, if not the best film of the year, certainly the most talked-about feature of 2017. This is in part from an orchestrated campaign to get viewers talking about the film. This plan started with a “secret” Sundance Midnight screening at predominantly Caucasian Park City and moved on to a social media campaign that got viewers interested in the film before it premiered in late February. It wasn’t a bad thing either that Get Out is one of the highest reviewed Rotten Tomatoes titles of the year.

Best of all, Get Out is the ideal film to see in a crowded movie theatre, (or if you are The Weeknd and Selena Gomez, a completely empty movie theatre). Now that it’s out on Blu-ray / DVD, a first-time viewer may feel bad about missing some of the communal elements, but luckily the film makes up for it by its watchability and re-watchability.

The plot breaks down as thus: as a part of a creepy atmosphere and element of strangeness (the opening scene truly sets the tone), the film is an account of Chris (British actor Daniel Kaluuya) going to meet the family of Rose (Girls‘ Allison Williams) after about four or five months of being together. The issue that Chris has is that her parents (the sublime Bradley Whitford and Catherine Keener) and brother (Caleb Landry Jones) may not be truly accepting of their relationship. As those who have seen the film are aware, the film is about the prejudices faced by a black person in a white world. It is both a send-up of horror films, (Blumhouse served as a producer), and very much a horror film itself. 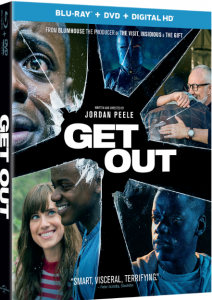 The special-est special feature from Get Out is an alternate ending to the film which is available with or without Director’s Commentary. And here’s the thing: the director’s alternate ending is alternate in that it fits in with the darker tone of the film and feels like the possible resolution to the story (for a pessimist at least), though it illustrates that the “lighter” ending of the film may actually be the “alternate” ending and while more of a crowd-pleaser demonstrates that a small twist of fate would have changed everything.

Get Out is Peele’s masterwork from start to finish: funny, thrilling, and giving an enlightened viewer quite a lot to think about after watching the film. This is the very definition of family entertainment (though perhaps only for certain families).

Want to win your very own Blu-ray copy of Get Out? Click here for details. Good luck!

My Life as a Zucchini Blu-ray Review