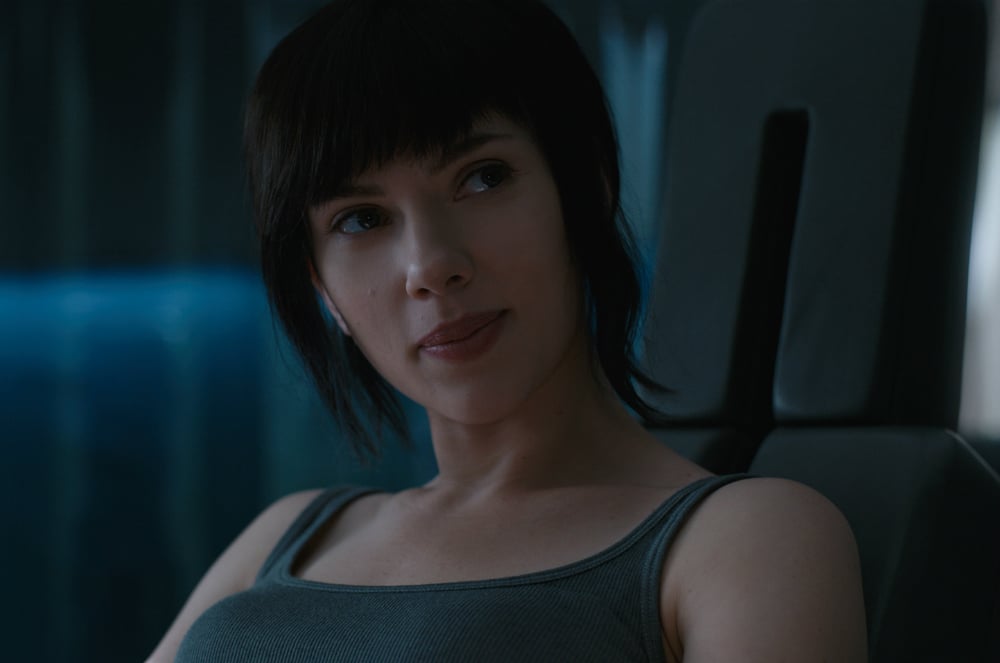 Really the best way to understand the Rupert Sanders film Ghost in the Shell, or mostly any movie for that matter, is to take the (non-literal) temperature of those around us. Spectators looking transfixed with mouths agape and a real anticipation of what is the first real “event” film of the year. In a way, this is correct, as Ghost in the Shell looks and feels expansive and impressive in almost every single way, a feat coming from a director most famous for directing Snow White and the Huntsman and schtupping Kristen Stewart in a car. But the team compiled by Sanders is incredible. The score by Clint Mansell and Lorne Balfe is adept at capturing a sense of place and time (which I could never do as the movie doesn’t seem to have a sense of place and time, likely intentionally). Jess Hall does an incredible job with the cinematography, again capturing its sense of no place and time and, perhaps most importantly, production designer Jan Roelfs, who last made a film this stunning with 1997’s Gattaca.

And there is no way around this fact: the film looks stunning. It really does seem to be set in no time and place (according to the manga, mid-21st century Japan in Niihama), but actually filmed mainly in Wellington, New Zealand (!) and captures a certain futuristic city feel, and at the same time feeling quite contemporary and modern. It’s like what New Seoul from Cloud Atlas could and should have felt like.

But this script! Credited to three writers and rumoured to be much more, any movie that begins with the title being described in the most obvious way possible already sets itself up to be painfully self-aware. In fact, themes of the film are fleshed out (so to speak) in painful self-aware tones. And before you read any further, yes, the film does seem to be at odds to be Japanese and then not Japanese. But one of the themes that isn’t fleshed out in painful tones is that of having a body that’s both foreign and familiar at the same time.

I read the movie as an acceptance of trans persons, and while obviously this was not what it was about, it’s hard to watch without thinking of it, especially since Trump’s transgender military ban is so fresh and the film in a crucial way feels dated (the Big Bad is not a cyberpunk). The film is a celebration of otherness and in this way, Scarlett Johansson is a perfect choice for The Major and Michael Pitt as Kuze because both actors are somewhat transformative-looking to begin with. Pilou Asbæk is decent as Batou (unreognizable from Euron Greyjoy), and screen legends Juliette Binoche and Takeshi “Beat” Kitano perfectly alright as Dr. Ouélet and Aramaki, respectively. 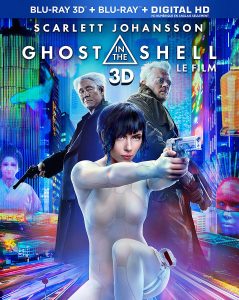 The best special feature is that the futuristic film feels like it is made for the 3D home entertainment technology. The film looks and feels right at home in 3D. Other features include the featurette ‘Hard-Wired Humanity’, a 30 minute discussion focusing mainly on stunts and visuals; ‘Cyber Defenders’, a focus on the characters, and specifically the cybernetic enhancements; and ‘Man & Machine: The Ghost Philosophy’, which examines if this fiction may become a reality any time soon.

The ghost feels like it could potentially have more incarnations, but the first one is well-worth a look. Find a large home entertainment screen, preferably in 3D, and indulge.