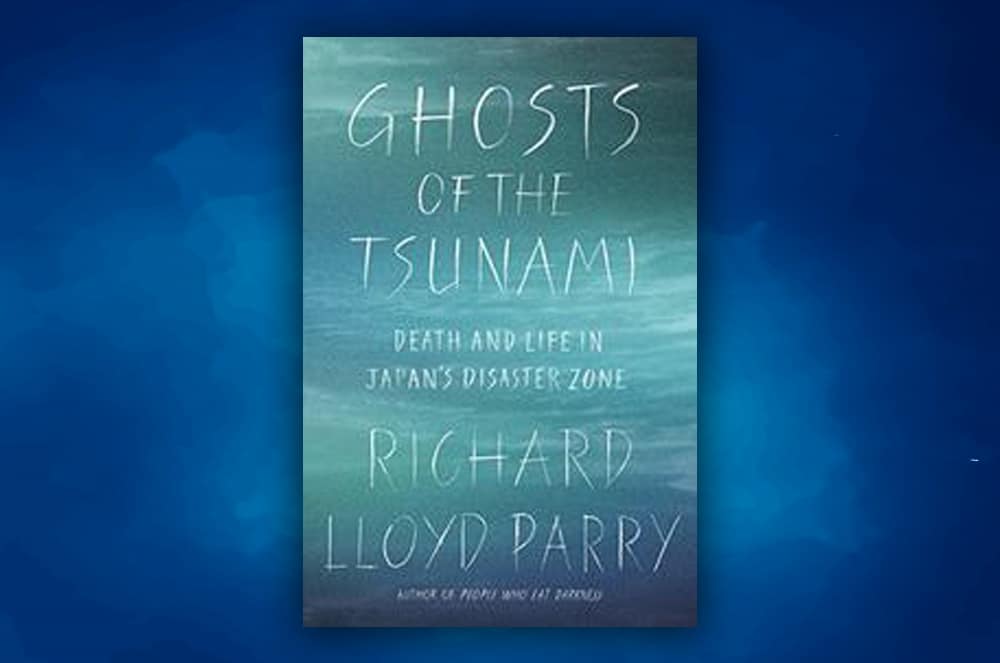 Ghosts of the Tsunami is a fantastic introduction to the author Richard Lloyd Parry, whose previous book People Who Eat Darkness absolutely destroyed me. In fact, it’s curious that this book would be an introduction, as there hasn’t been very much written about the book, (perhaps because it was first released in the United Kingdom), but I doubt it. It’s probably because books like these do not receive enough attention, which is too bad because it’s painfully beautiful.

While beautiful may be a strange adjective to apply to a book about the tsunami in Japan, it is the ghostly element that resonates, because to a degree, the story is already told. It makes sense for a book like this one to come out now, because the tsunami and its aftereffects did not feel like it was told in North America, and to a large degree Parry explores this issue. Part of the Japanese culture that Parry understands so well is that it’s similar and dissimilar to our own as so much of the exchanges involve honour and respect and phrases that do not quite translate, (a section on the term “sayanora” says so much).

Much of the reaction was to go about business as usual, as it is un-Japanese in a way to outwardly mourn for the dead, and this is where the ghosts of the title enter. Parry realizes that with so much unspoken in the culture, (and with Japan being a very non-religious non-Christian culture), that much of the ghost manifests as not literal ghosts, but also feelings and speech. It’s a very sad read, and it explores a mystery of a school in particular and why they acted in the way that they did, (or did not), but much of the book is an attempt to understand a culture from afar as an outsider (and Parry recognizes that though he is welcomed, he will not always be so).

Ghosts of the Tsunami: Death and Life in Japan’s Disaster Zone was provided by Raincoast Books in exchange for an honest review. It may be purchased from your friendly independent bookseller or other fine bookstores.