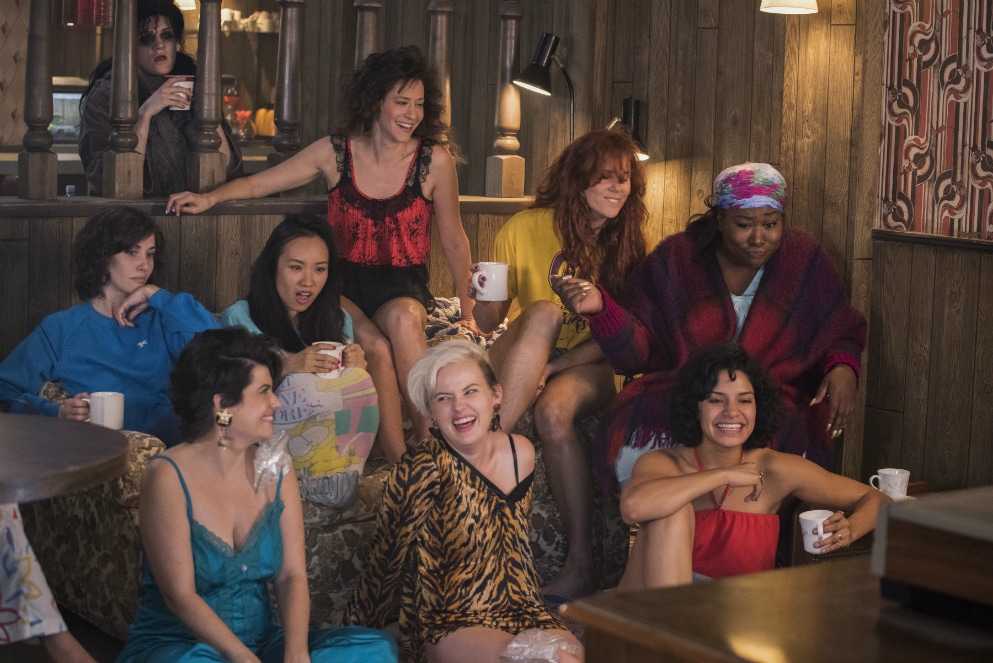 A good wrestling show knows it’s all in the chase. Audiences demand resolution, sure, but what they really crave is deferred gratification. Stir those feelings well enough and when the narrative payoff comes: celebration. So it is with GLOW, a show that body-slammed its way onto Netflix and into the hearts of many (including me) by ably manoeuvring a cast of oddball characters together in a zany quest for TV success. As debuts go, it was a winner. But with Season 2, a new challenge: where can this chase go next?

As it turns out, many different directions actually. For Season 2, GLOW creators Liz Flahive and Carly Mensch opt to dive right into the day-to-day hurly-burly of running a show (a subject familiar to them, I’m sure). Gone are the worries about getting on TV, now the ladies worry about staying there. This means grappling for air time (when time slots meant something), submitting to the vagaries of TV station politics (prior to any sort of #MeToo movement), and fighting to be seen and heard (forever a battle). The fulcrum of the show remains built around the trio of Alison Brie’s Ruth, Betty Gilpin’s Debbie, and Marc Maron’s Sam—all of whom ably carry their narrative weight—but there are also meaningful contributions from producer Bash (Chris Lowell, the show’s secret MVP), “Welfare Queen” Tammé (Kia Stevens, given extra time to shine), and teen punk Justine (Britt Baron, angst radiator). Everyone on camera also benefits from a series of directors, including names as big as Lynn Shelton, who understand both the interpersonal and in-ring energy the show is trying to capture. Taken all together as Season 2 zips along, GLOW really sells its confidence well.

Still, there’s a lot of plot to get through in Season 2 and at times the show can feel abrupt, reintroducing characters or stories quickly, jumping from one bit to the next. Then again, it’s called a chase for a reason—the momentum building towards the season’s conclusion is real. And while GLOW‘s portrayal of TV production probably isn’t realistic, that’s just another thing it owes to its wrestling roots: one hell of a wild show that feels true. Season 2’s ending may not come on as a celebration, but it does indeed leave us wanting more.