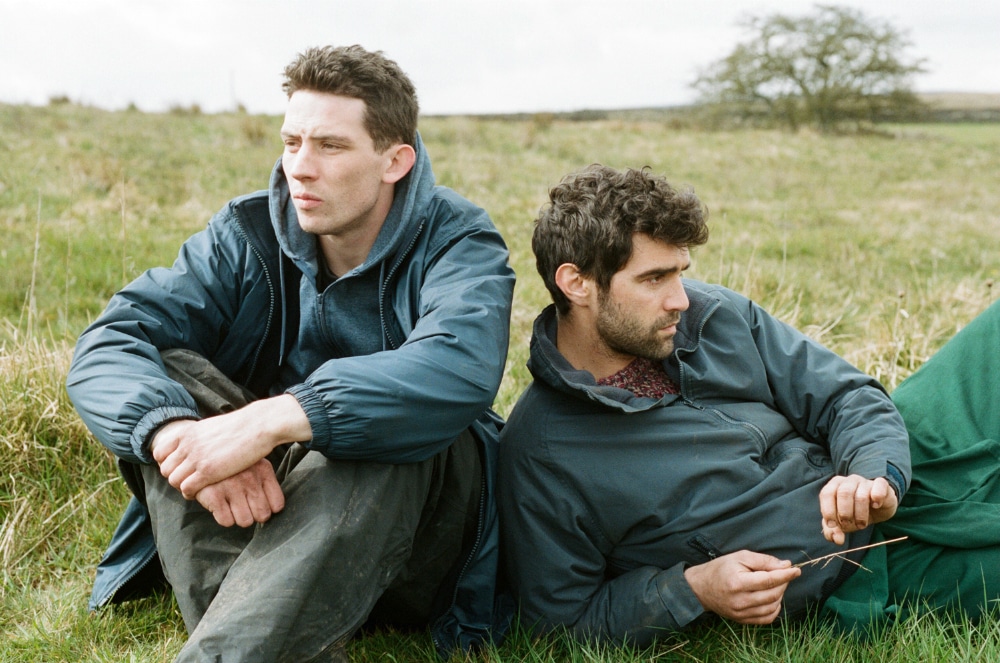 The first time we see Johnny Saxby, the lead in God’s Own Country, he’s hunched over and vomiting into a toilet. We intuit he’s not there because of, say, some bad cheese. Johnny (Josh O’Connor) lives on a northern England farm with his infirm father (Ian Hart), tight-lipped grandmother (Gemma Jones), and not much else to do but work and drink. He could make cheese from the sheep’s milk on hand, but it only occurs to him once Gheorghe (Alec Secareanu), a Romanian farmhand, arrives to show him how. These are the four people circumscribing writer/director Francis Lee’s remarkably self-assured debut, a film that couples its characters’ insignificance in the landscape with an inner grandness trying to break free.

As played by the angular O’Connor, Johnny is a restless boor. Despite living in vast open country, he’s angry his world feels so small. Still, there’s room enough for the soft eyes and measured voice of Secareanu’s Gheorghe — and cheese making is not the only thing he shows Johnny. After an early scene abruptly introduces us to Johnny’s brand of sexuality — which leaves little room for tenderness — we watch a delicate romance develop between the two young men, a process carried equally well by both actors. It becomes clear Gheorghe has been in this situation before, while Johnny grapples with the sudden implications for his family, and for himself. (They’re repressed “getting on with it” folk after all.) Throughout, Lee steers his narrative with a grace that belies his directorial experience, giving the film time to soak in the terrain, breathe the wind off the moors, and even absorb neat visual parallels between the farm’s animals and minders. Brokeback Mountain is an obvious touchstone here, but Lee’s deft touch streamlines the material to its elemental parts, lifting it above the level of tawdry affair towards something more meaningful.

What becomes most striking about the film though — beyond even the scenery — is its careful study of these characters. They each have their moments of pain and openness, and often act in surprising yet real ways. As it dawns on Johnny what it is he wants, and how he wants to get it, we root for him. We don’t want to see him hunched over that toilet again, and this quiet sense of discovery dawns on us just as it does him (and his family). Johnny learns he doesn’t have to fight to make his world feel larger; he just needs to love big enough for two.

God’s Own Country is available now on VOD