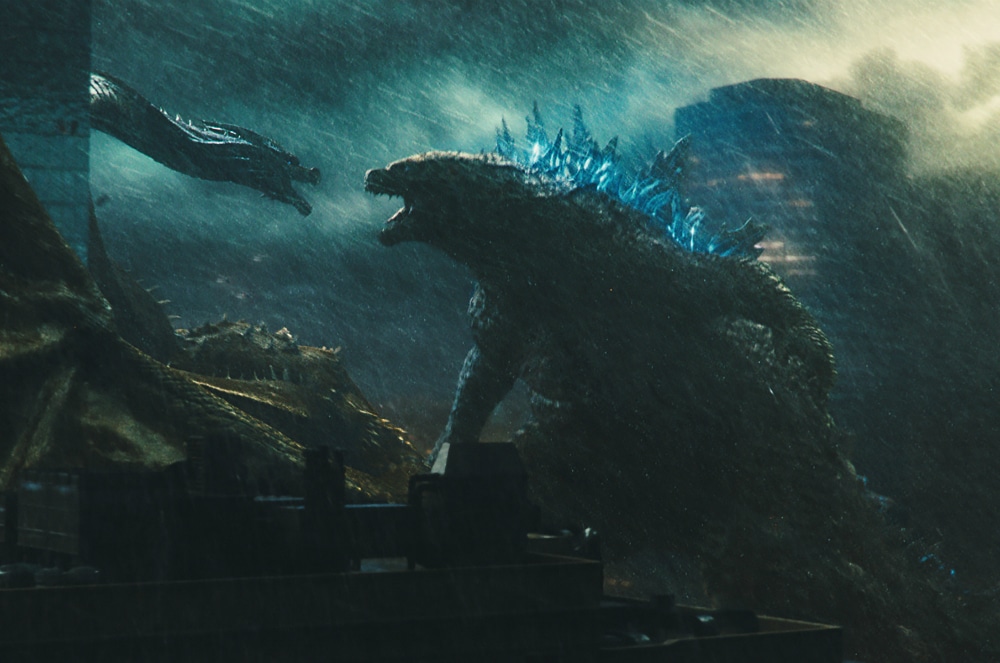 If it feels like monster movies should be graded along a different curve, that’s because they should. Do the monsters look impressive? Are the battles suitably massive? Is there a plot clear enough to follow but not ostentatious enough to get in the way? These are just some of the questions I found myself asking while watching Godzilla: King of the Monsters, the latest in the venerable series dating back to 1954. And while I’m no aficionado, this film passes the test.

Directed by Michael Dougherty, this latest Godzilla movie takes place five years after 2014’s Godzilla, a fact that allows the narrative here to move fast. In broad—broad—strokes, we meet the players, including estranged husband and wife scientists Mark (Kyle Chandler) and Emma (Vera Farmiga), their daughter Madison (Millie Bobby Brown), and holdovers from the previous film (Ken Watanabe, Sally Hawkins, David Strathairn). Their job is to invest everything with the appropriate level of gravitas, humour, and/or derring-do to get us from plot point A—which involves a device called the Orca and the villainy of eco-terrorist Jonah Alan (Charles Dance)—to point B, in which the monsters smash the hell out of everything. On the first count, Godzilla does the job. We get the requisite emotional underpinnings needed to relate to the machinations of these tiny characters as they run around amidst the wreckage. On the second count, setting aside the film’s gloomy aesthetic, we get some terrific monster battles involving the whole gang—Mothra, Rodan, and Monster Zero himself, Ghidorah. It’s hard not to cheer the final result.

Even at 65 years old, the appeal of Godzilla still feels very much alive, his king monster mystique as powerful as ever. Despite going from a man in a rubber suit to a weightless CGI creation, Godzilla’s charisma—if that’s the word for it—remains intact. How else to explain the satisfaction that comes with watching this film play out exactly as expected? To enjoy Godzilla: King of the Monsters does not require a lot of forethought or studying; we already have the answers. The experience here is something else then: fun.