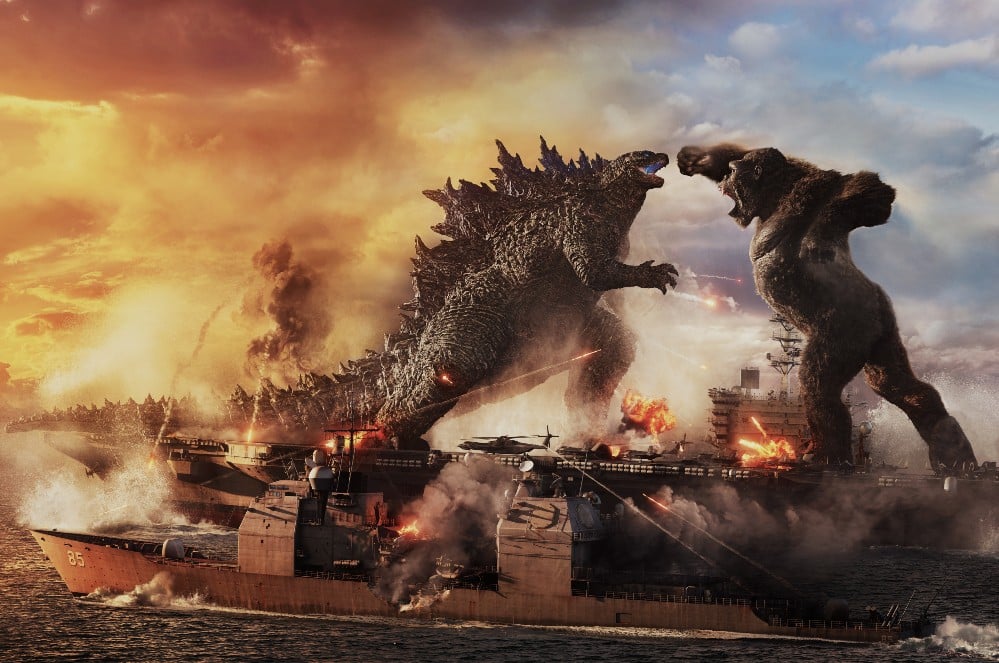 Since most everything these days aspires to be part of a “cinematic universe,” it was only a matter of time before we returned to the comforting idea of a Godzilla vs. Kong showdown. Yes, despite all the film’s wanton death and destruction, there is indeed something reassuring about these two famous movie monsters going at it for old time’s sake. If nothing else, director Adam Wingard sure believes that. And he’s served up the safest possible film to ensure it.

Not that there’s anything wrong with that. Godzilla vs. Kong achieves its mandate: showcase a best-of-three heavyweight bout. Now, this is technically the fourth film in the series (following, most recently, Godzilla: King of the Monsters), but it does work well enough as a standalone film. Or to put it a different way: the links back to previous entries in the series (e.g. the presence of Millie Bobby Brown and Kyle Chandler; the reference to the dead brother of Alexander Skarsgard’s character) are provided more out of a perfunctory sense of duty. You don’t have to know why everyone is running around. In this, Wingard wastes little time in getting to what people came to see. And while his film, as written by Eric Pearson and Max Borenstein, sets out its plot in the most obvious ways (Demian Bichir does everything but twirl his moustache as the villain), it doesn’t under-deliver on the promise of its title. Some of the brawls in the film are better than others, sure, but they’re all big, bright, and loud as hell.

Setting aside Brian Tyree Henry’s welcome addition to the cast, the film’s noise is comically offset by its version of Godzilla, who comes off like the planet’s exhausted parent. The heart of Godzilla vs. Kong is the latter monster, who goes on a journey of self-discovery (if you can believe that), but the film is at its best when Godzilla is trying to communicate solutions. It’s totally ridiculous of course, but the film knows that too.