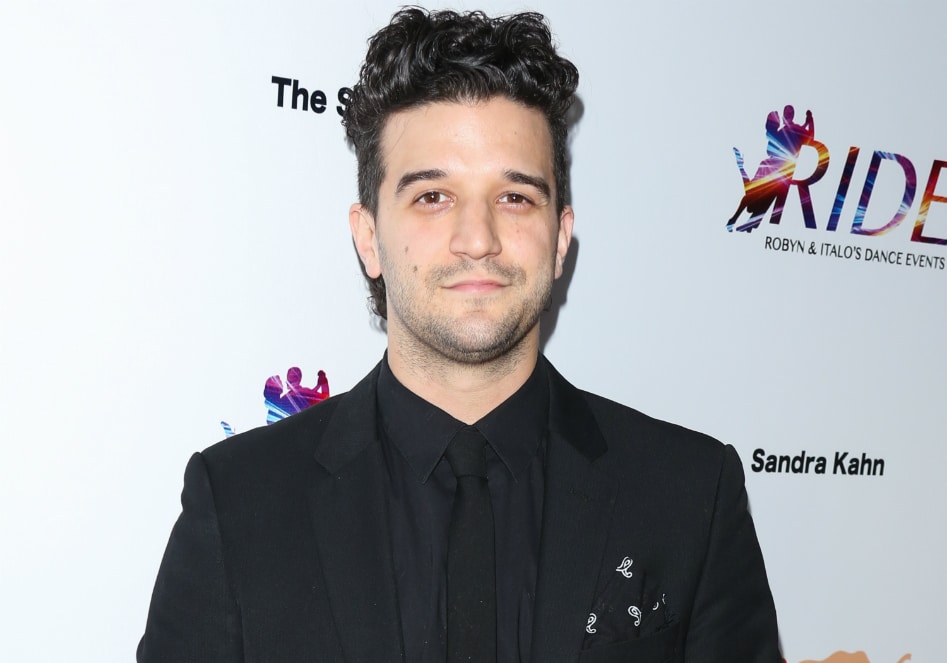 Mark Ballas is the initial star in a long line of Teen Angels that will be coming to perform in Grease Toronto at the Winter Garden Theatre. Not only will the multi-hyphenate triple threat be performing the role of Teen Angel, but he will also be performing a ten minute acoustic set along with his bandmate and wife BC Jean, of the group Alexander Jean, and then participating in a few meet and greets after the show.

We caught up with Mark Ballas the morning before a two show day. The following is a condensed and edited version of our interview.

Brief Take: What has been the best part about playing the Teen Angel in Grease?

Mark Ballas: You know, it’s a different character for me. I played Frankie Valli last year on Broadway and I did that role again on tour in Jersey Boys, which is a quite a serious character, you know, mobster-Italian, that sort of a thing. Similar style but a little more complex a character. You know, in the past I was in Jesus Christ Superstar, I was in the Buddy Holly musical, I was in Copacabana, Seven Brides for Seven Brothers, but this is the first kind of role that’s just kind of silly and fun that I’ve done, you know? So I just get to use my sort of goofy comedic side, and that has been fun to put on stage. It goes by so quickly. With Jersey Boys the show is two and a half hours long, and I was offstage for eight minutes. This I’m onstage total for six minutes, so it’s sort of like a role reversal. You’ve got to cram all of that energy and goofiness and excitement and storytelling into a short amount of time. That’s a challenge but it’s also a lot of fun.

BT: What have you enjoyed most about being the last Frankie Valli on Broadway and then doing it again for a week coming up in St. Louis?

MB: What’s fun about that is getting to play Frankie. They’re so good at picking guys for that show and they would never pick a guy for which that is unnatural. For me personally, the falsetto was the easier part of the show. It was getting into Act 2, when it switches from falsetto to like big chest notes and stuff as Frankie gets older. So getting to explore my falsetto and finding new ways of using it and discovering where to do the Frankie growl and stuff, was a lot of fun. I got trained by Bob Gaudio, who produced Facetime Sessions, and we got to spend some time together, so that was just a dream come true. I grew up listening to these guys, my grandfather liked these guys, my dad liked these guys, so to be able to spend time with Bob himself was such an honour. I got to close it on Broadway and on the last night, Frankie came and he was very complimentary, very sweet, and I got to do it again in L.A. And a couple of weeks ago, Frankie Valli and Bob Gaudio invited my wife and I to come out to the New Jersey Hall of Fame, and induct them and perform Sherry at the New Jersey Hall of Fame and give them their award. That was pretty cool, as he had twenty-nine guys from which to choose and he chose me, which was a huge honour.

BT: When you first posted a video at the Winter Garden Theatre, that was pretty cool. How do you think of your social media in terms of what message to get across?

MB: I think of it for letting people to get to know me, and it’s a great way nowadays because we have such a huge platform that we’re able to connect with fans and give them a bit more of a personal touch. So I try to stay engaged and if people have questions, I do my best to answer them and go back and forth. I love to connect with fans! We’ve been doing awesome meet and greets after the show, because my wife and I play a little set afterwards by our band Alexander Jean, and we do a meet and greet and it’s so nice to see people come out. Last night, we had a girl come out and ask us to write out our lyrics, because the first song BC and I ever wrote together was called Head High, and “Even if we fall, we’ll survive, just hold your head, head high”, she was going to get it tattooed on her back. So it’s moments like that, when people can share their stories with us, and getting to meet people from all over the place and getting to connect with them, even for a minute, is a lot of fun. At the end of the day, without fans and without them being invested, we wouldn’t be here, so it’s nice to give back.

BT: What kind of performance do you have in mind for the curtain call?

MB: We do the big company bow, and for those who want to hang out and see a little bit of extra music, they can stay. If they specifically come to see me, they get to see more because the Teen Angel tune is one six-minute thing and it’s really quick. So BC and I come out and we talk a little bit and share some personal stories and then we play for ten minutes. We play a song from our second EP and then we kind of go into a Prince cover, which is a lot of fun, and then we go into a song called Roses and Violets, which was our first single off our first EP.

BT: Where would you like to go from here?

MB: I would love to tour the world with my wife, play our music and take that to the biggest level it could possibly reach. We’re looking to tour again in the winter, and we’re working on our third release right now. An announcement is coming up soon, but I am not at liberty to announce it yet. We’ve talked about writing music for film, and writing music for stage and travelling and touring. I feel like it’s a good time for entertainment, because I felt that over the past few years, there was a moment that if you were seen as one thing, you can’t possibly do another. Whereas, back in the day, when I was kid I would watch Fred Astaire and Gene Kelly and Elvis and Michael Jackson, these were the guys to whom I looked up, and you had to do it all back in the day. That’s the great thing about the theatre world is that you have to be able to do all three. The age of people who are triple threats is coming back around and I think that is really good for kids who are living in a world of social media in which they have access to things and being able to express themselves through art, whether it’s playing an instrument, singing, acting, dancing, I love to encourage that in kids and give them hope and drive that they can do it all.