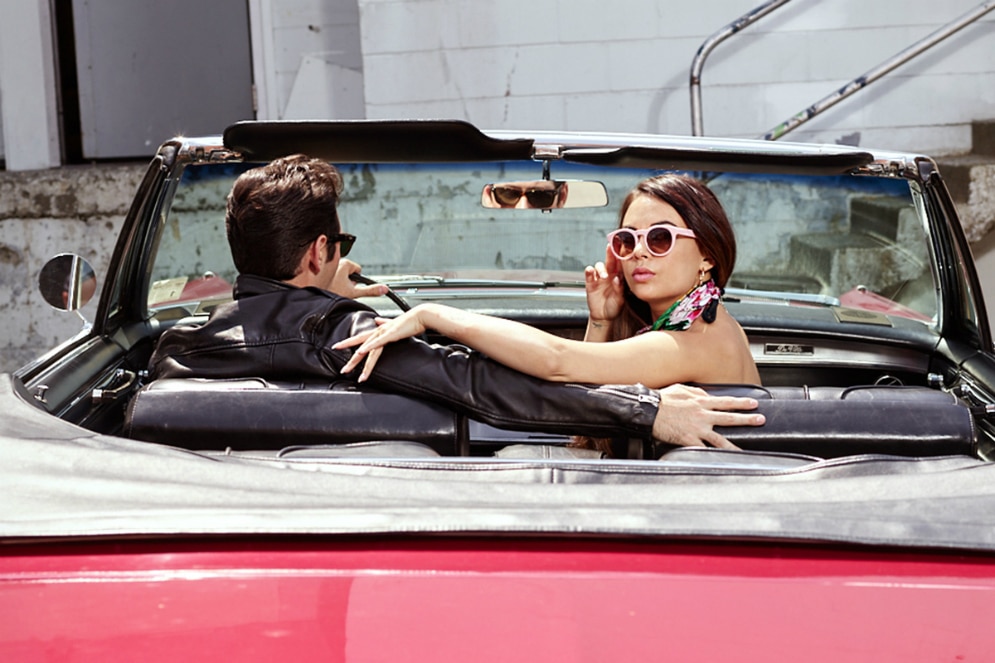 The new stage production of Grease in Toronto is referenced as “Grease 2.0.” by some of its cast members, and not having seen Grease 1.0, I have little to which to compare. However, despite the same setting, The Winter Garden Theatre, the same Sandy (Janel Parrish), Roger (Benjamin Camenzuli), Cha Cha (Darcy Stewart) and Teen Angel / Vince Fontaine (Michael De Rose), much of the cast seems to have turned over,  and Lisa Stevens is the updated director and choreographer.

Much of what works about Grease works well. The Winter Garden feels much more inviting and open without a downstairs tenant for the time being. The production gets off to a fun start informing the audience to turn off their pocket televisions, and then we’re back in the world of the fifties (imagined through a 1971 nostalgic lens from Jim Jacobs and Warren Casey).

For the majority of the show the nostalgia works well, as Parrish is a capable Sandy, with her transformation from chaste to vixen feeling fully believable. The aforementioned Cha Cha is a standout delight, as Stewart makes the most of her one big dance number,  ditto DeRose as a delightful Teen Angel and a leering Fontaine. The surprise standout is Matthew Fletcher as Doody, who shines through ‘Those Magic Changes’ (always a letdown that this song was removed from the film), and Aisha Jarvis as Jan is another strong performer, elevating the character to a memorable crowd pleaser.

Of course the songs and stagings are what works best, and the ‘Greased Lightning’, ‘Summer Nights’, ‘Born to Hand Jive’, and ‘We Go Together’, as well as many of the other familiar songs, had our (older than teenage) audience singing and dancing ecstatically in their seats. The staging is pretty note perfect and the emphasis is on dance and movement, but largely different than the film.

Perhaps the actors playing Danny and Rizzo fall a bit flat, but Parrish sells the heck out of Sandy and does a great job with ‘Hopelessly Devoted to You’, a difficult song. Grease is the Word for a brisk, fun and lively production of the oft-performed musical and works as a wonderful showcase for Parrish in, oh, those Summer Nights.

For more information and to purchase tickets, click here!