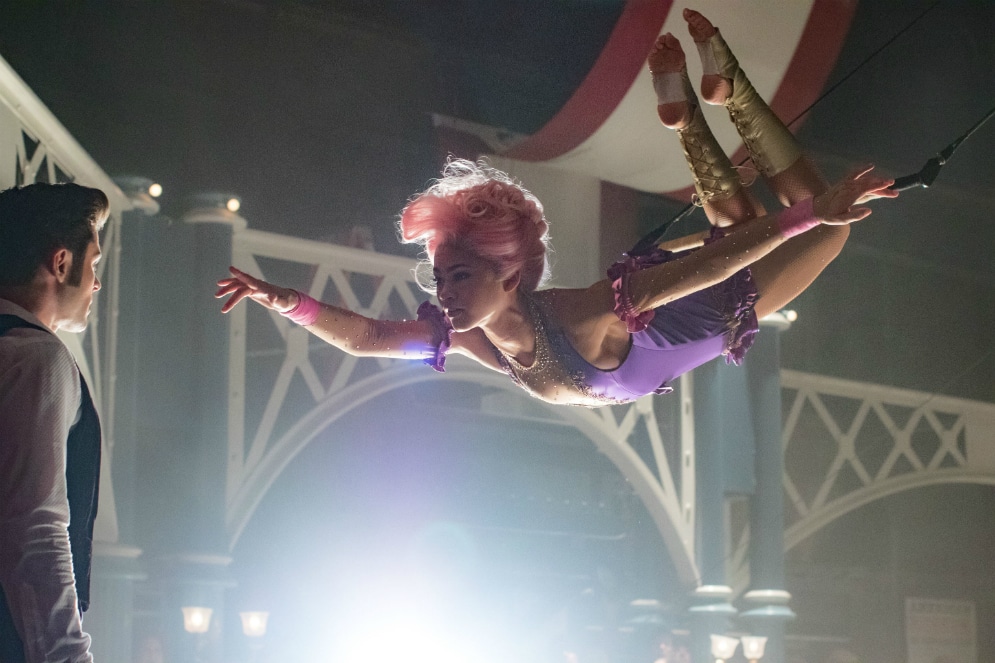 It’s apt that one of the show-stopping musical numbers in the film is called ‘Rewrite the stars’ as much of the real-life history of P.T. Barnum and his eponymous circus is completely rewritten in The Greatest Showman. The storied shyster’s maltreatment of animals and extortionist use and abuse of “human curiosities” all for his own personal gain are, at most, hinted at in favour of a feel-good spectacle.

As Barnum, Hugh Jackman gives his all in the thankless role and it’s due to his innate likability as an actor that we repeatedly overlook his character’s repeated failings (to put it mildly). Between all the slickly choreographed musical interludes, Barnum manages to ditch his loving wife (Michelle Williams in a terrible wig) and forgiving daughters in favour of courting society’s elite by exploiting famed opera singer Jenny Lind (a miscast Rebecca Ferguson). He also opportunistically hires rich theatre manager Phillip Carlyle (Zac Efron, trying his best to show off his High School Musical chops) to appeal to the upper classes, which works until Carlyle falls for trapeze artist Anne (Zendaya, who really needs to be cast as the lead in a film, instead of the spunky romantic love interest…see also Spider-Man: Homecoming). Not to mention his figurative and quite literal shutting the door on his hard-working circus performers (led by Tony award-nominee Keala Settle, who shines with the power ballad ‘This is Me’).

Other than Jackman, Zendaya and Settle’s grounded performances, the draw of the film lies in the numerous musical set pieces. The toe-tapping songs were written by La La Land and Dear Evan Hansen‘s award-winning lyricists Benji Pasek and Justin Paul, with choreography by Ashley Wallen and when the blu-ray is released, I’ll be fast forwarding directly to those scenes.