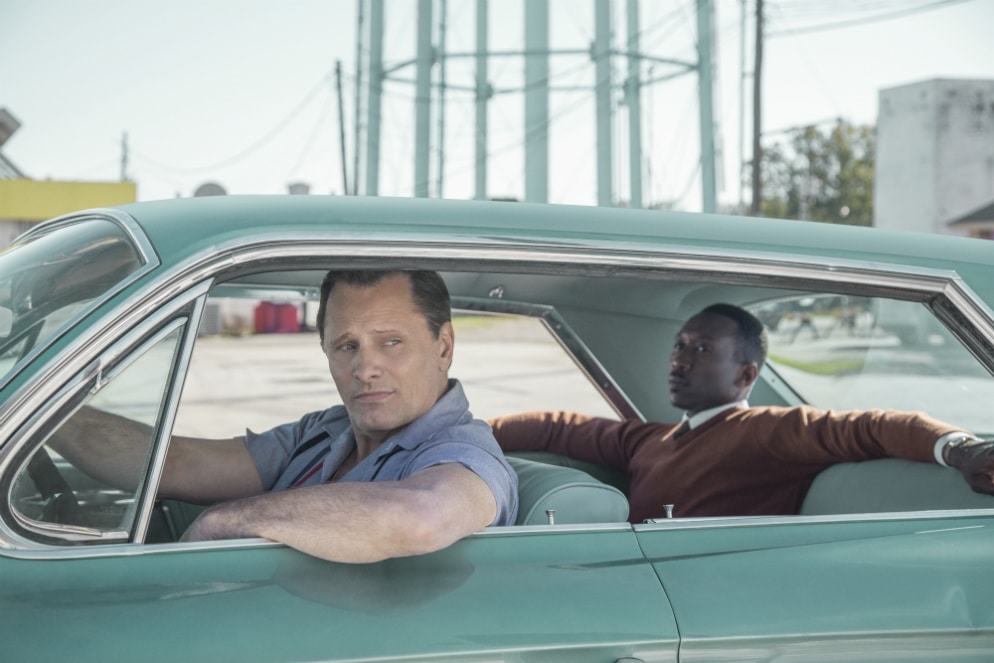 It’s easy to approach Green Book with a skeptical eye. A film set in the 1960s, with a reverse-Driving Miss Daisy premise, from the Dumb and Dumber guy? That last bit indeed struck me dumb. Director Peter Farrelly has made hits, but sensitivity towards any subject matter, let alone one as pointed as race, is not his strong suit. Given these particulars, there is no way Green Book should get anywhere. That it does is a testament to its two central actors, and, yes, Farrelly’s ability to get out of his own way.

Inspired by a true story, Green Book regards Tony Vallelonga (Viggo Mortensen, beefy) and Don Shirley (Mahershala Ali, brittle). In true buddy flick fashion, Tony and Don are worlds apart—divided by race, but also class. Don, a renowned pianist, plans a tour of the south to perform for impressed white people; he needs Tony, a self-proclaimed bullshit artist with muscle, to get him around and keep him safe. Naturally, neither man fits into the scene either, a fact the film makes clear. Behind Farrelly’s perfunctory direction, this all could have been a tedious exercise save for how good Mortensen and Ali are in their roles. Both enliven the men in their own way—Viggo’s Tony is all gesture and constant motion, Ali plays it cool so as to best express Don’s contained fury. In both cases, these actors are playing what could have easily been caricatures—the boorish goomba, the exceptional “negro”—and yet their mutual charisma keeps things rolling. These are stars believably playing real people, and it shows.

Meanwhile, Green Book‘s show is largely for Tony’s benefit. He’s the character forced to look and learn, his education coming through a sort of cultural osmosis. Ultimately, both men open themselves, and in that they achieve a certain grace and dignity—with their own selves, with each other, and with their world. And wouldn’t you know it, skepticism aside, the film achieves this too. It doesn’t solve racism, of course, but in its specificity, the film finds a way forward at the intersection of race, class, and more while avoiding clichés that could have stopped it cold. In short, it effectively urges us to believe people can get past what they think they know.