Guardians of the Galaxy Vol. 2 Review 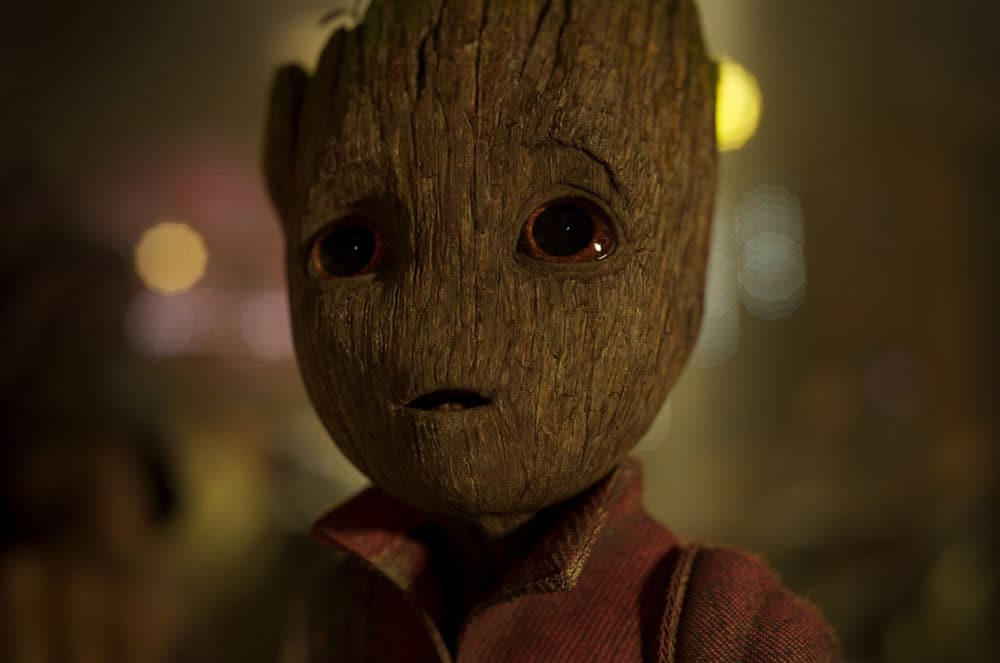 Following a brief prologue, Guardians of the Galaxy Vol. 2 opens with an extended action sequence that sets the tone for the rest of the film. In it, the Guardians are valiantly fighting an alien/Jabba the Hut-type creature that seeks the same powerful batteries that our team of misfit heroes are after. Peter “Star-Lord” Quill (Chris Pratt) and Rocket (voiced by Bradley Cooper) try to no avail to kill the creature, then Drax (Dave Bautista) brazenly takes a misguided turn, all while Baby Groot (voiced by Vin Diesel) adorably dances to “Mr. Blue Sky”. Then, in a stealthy move, Gamora (Zoe Saldana) leaps onto the extraterrestrial beast and rips it to shreds with her double-fisted knives. Drax instantaneously takes the credit for its almost instant demise while Gamora looks on silently. Therein lies the key issue I had with the film – it has no clue what to do with its female characters other than having them roll their eyes at the male characters while they repeatedly clean up their messes.

It’s a shame because if you overlook its female problem, the film is a lot of fun. It’s packed with stunning visual effects that make effective use of 3D technology, an Oscar-worthy heart-wrenching performance by Michael Rooker (whose Yondu character is expanded from the first film), and, let’s not forget, a cute as anything Baby Groot who’s a distraction (in the best way possible) in every scene he’s in.

Here’s hoping the inevitable Guardians of the Galaxy Vol. 3 will let Gamora, Nebula (Karen Gillan), Mantis (Pom Klementieff) and villain Ayesha (Elizabeth Debicki) let loose and have as much fun as the boys have been having in the first two films. Now that would make an awesome mix.