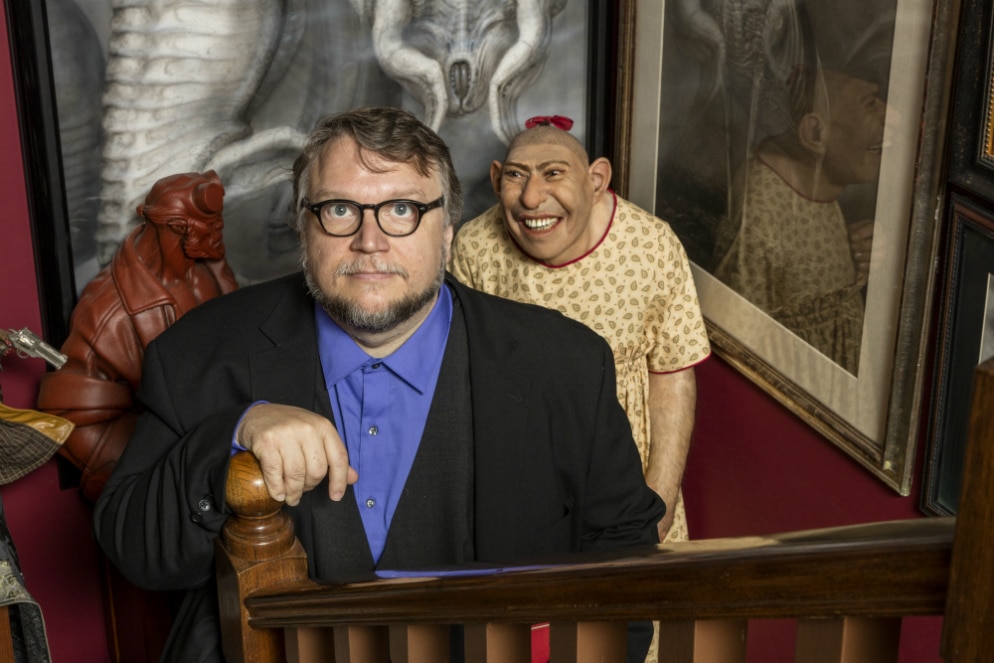 The rumour about Guillermo Del Toro is that when he lived in Toronto, he had two homes—one in which to live and one for his prodigious amount of stuff.

Well, now that collection gets to be seen by the general public in Guillermo Del Toro: At Home With Monsters, which opens in Toronto at the resplendent AGO just in time for Halloween (and for the release of Del Toro’s possibly best received film The Shape of Water, to be released by Fox Searchlight on December 8th). It’s a miracle that GDT represents the mainstream, as he prides himself on being an outsider and the exhibit does the same. It is divided into eight rooms, and the Edgar Allan Poe Rain Room is probably the real highlight, though a piano player actually playing in it is a treat as well. The rooms begin with Childhood and Wonder and extends into the aforementioned Poe’s Rain Room, magic, the occult, outsider figures like The Elephant Man, the dark side of Disney, a room devoted to Frankenstein’s Monster and a piece de resistance of a wall of alternative (and some mainstream) comic books.

It’s a treat. While we were taking a tour, (we attended on the first members day), we came across the co-curator of the exhibit Jim Shedden, who cuts an imposing shadow. He turned out to be one of the nicest people we have encountered, (as is GDT we hear), and Shedden mentioned the support the newest film is receiving and discussed how easter eggs from The Shape of Water are sprinkled throughout the exhibit. He also handed us a curious pink booklet that mentioned the companion events, including a speech by R.L. Stine in late November (I can’t wait!), as well as one upcoming in which Sook-Yin Lee speaks to Peaches. The shared aesthetic of Del Toro, going along with his films (we learned a lot about the origin of Hellboy) demonstrates that once was “outsider” art is now fully mainstream, which is significant in the time of Alternative Facts and Fake News. The idea of Guillermo Del Toro as a Mexican is an element that also plays into the anti-Trump zeitgeist of the exhibit and speaks to the importance of filmmakers and collectors like Del Toro continuing to do what they do in this time of need. 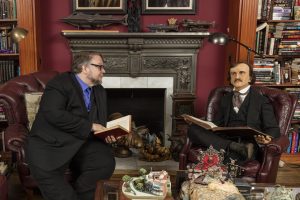 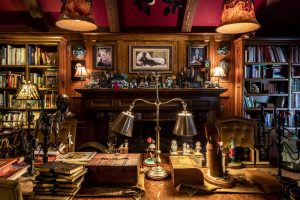 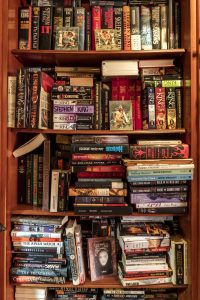 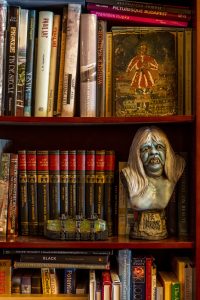 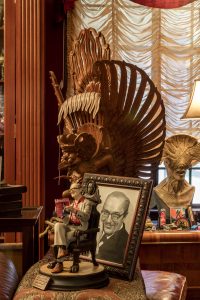 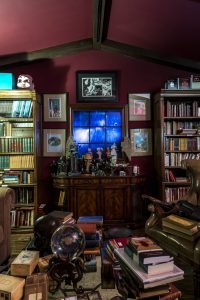 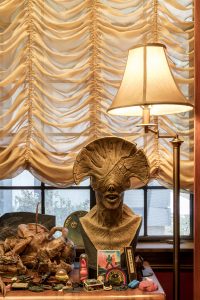 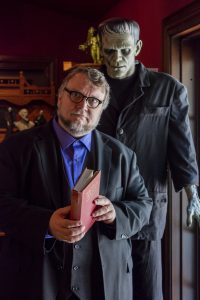 Guillermo del Toro: At Home With Monsters runs at the AGO from September 30th to January 7, 2018