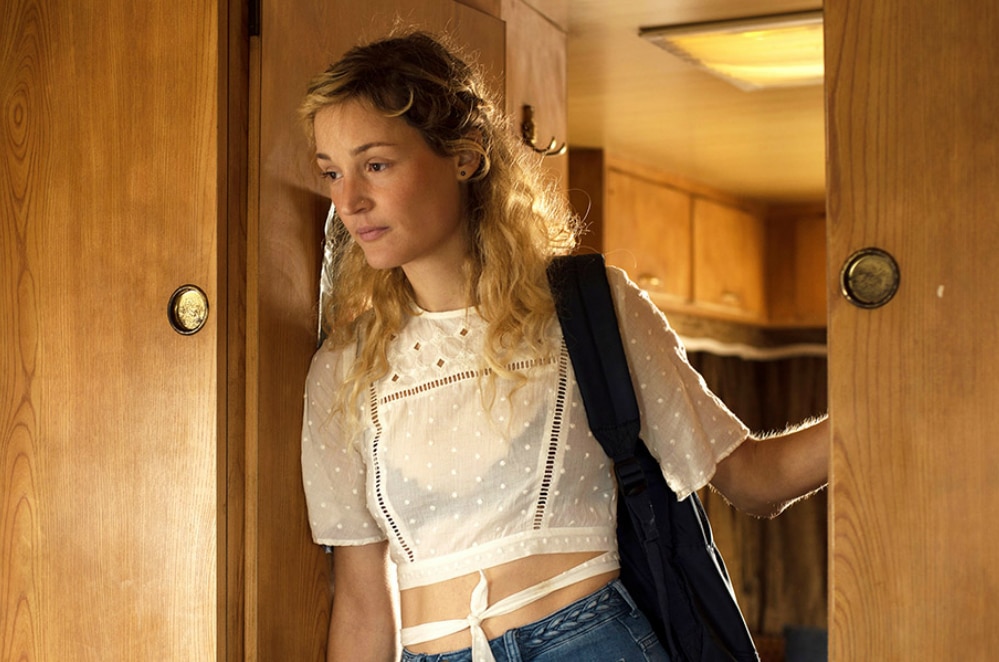 Most likely coincidence, Govinda Van Maele’s film Gutland calls to mind another film, Blue Ruin, which starred a then-unknown Macon Blair sporting a wild haircut and beard and cleaning up throughout the film. There is more to the comparison than simply that Frederick Lau as Jens arrives in a farming community as an absolute outsider and then has a very serious relationship with Lucy Loschetter (Vicky Krieps) before secrets start to emerge.

In the case of Gutland, Jens is transformed by which state in which we see the character, and his wild persona at the start of the film is quite off-putting but gives way to a deeper and more profound understanding of the conflict between insider and outsider, of citizen and visitor.

More than an acting showcase for Lau (who does some pretty profound things in the course of the film), Gutland represents a breakthrough in presenting the cinema of Luxembourg, and particularly of the small industrial town at the centre of the film. There is a common tongue and the audience gets the chance to hear it.