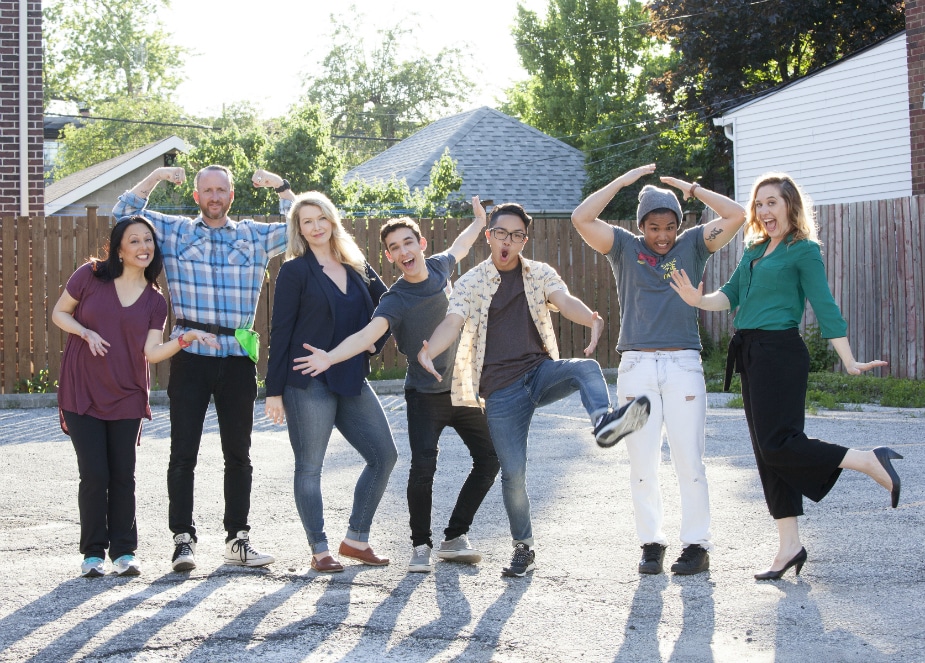 Warren P. Sonoda’s HANDS DOWN is significant because according to the press notes, the filmmaker/playwright hasn’t made a play since high school, and in many ways, HANDS DOWN feels a lot like a high school production, (albeit with way better actors). It’s fairly upsetting that he combines some genuine moments of sympathy by not trusting enough in his characters to make them feel cartoonish and kind of unlikable.

The play is sort of like the film Hands on a Hard Body, (am I the only one that remembers this film?) in that the competitors are holding onto the body of a car, (a fake one in this case), and the last to let go is the winner. We join our band of misfits on Hour 99, but before we do so, we meet the hapless judge of the contest (played by producer and Sonoda’s partner Jen Pogue), as she emerges from the audience, berates a man in the front row for not giving up his seat, and then pretends to get on the Toronto streetcar, (irony of irony). It’s unfortunate that we don’t spend as much time with Pogue as we do at the beginning, because she is one of the best parts of the production despite her character being fairly unlikable as well, (though she gets an amazing and surprising denouement).

The other best aspect of the production is the Yaguchi car, which folds inwards and outwards and is a great piece of machinery, and the diversity and complexity of the cast, in which race and identity isn’t an issue, it just is. Perhaps more of this please, Warren, and you would have a winner hands down.