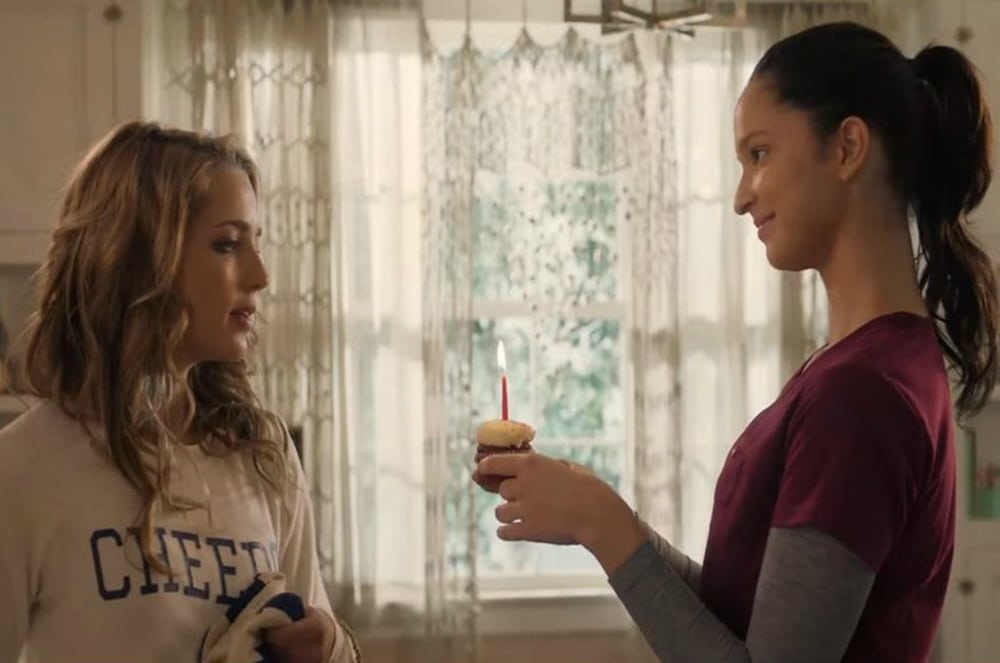 Happy Death Day is a revelation of a film. Though it may not be the strongest of films, (the format seems singsongy one minute, serious the next), the change of style helps to reinvigorate the genre. Along with Split and Get Out (more the latter and less the former), Blumhouse Productions is changing the horror game, making movies that are studio films (Universal in this case), but making them really affordable and, most of all, not making them look cheap.

Happy Death Day has an interesting lead (Jessica Rothe, soon to be seen in Forever My Girl), and an interesting premise. Wake up, die, start over, wake up, has been done recently, as recently as Before I Fall (for which there is a trailer attached at the start of the film), but this feels a shade different because the way in which the motif is incorporated is winking (a nod to Groundhog Day here, an allusion to Back to the Future there), but also because it does wonders for the genre.

Quite simply put, Tree (Rothe) is a horrible person, a sorority girl unhappy with her life and prone to do harmful things. She is mean to her sorority mates, roommates, guys she just met, one night stand types, bad dates, she’s having an affair with her professor, etc. etc., and this format helps to introduce a laundry list of suspects (who wants to kill Tree? almost everyone it seems like). But though the movie feels a little too flippant in light of #MeToo, the hope that the message of self-improvement comes to light and that the idea of being a better person leads to care and which leads to healing the world at large may be a message that I received from the movie intentional or unintentional. Look, it’s clumsy and strangely delivered, but what really comes to light from Happy Death Day is a film that has ideas and is supremely watchable throughout. Maybe it will be even more so when a long-rumoured sequel comes to light explaining the reason for Tree to be stuck in a time loop. 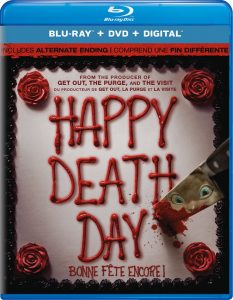 An “Alternate Ending” and “Deleted Scenes” don’t necessarily colour in the action, but the “Worst Birthday Ever” and “Behind the Mask: Suspects” show how the tone is light and irreverent and suits the film perfectly, and is coloured by “The Many Deaths of Tree” (and there are many).

This is a film for the horror fan, comedy lover, or anyone in need of seeing a fun reboot of the Sorority Slasher Comic Horror genre.