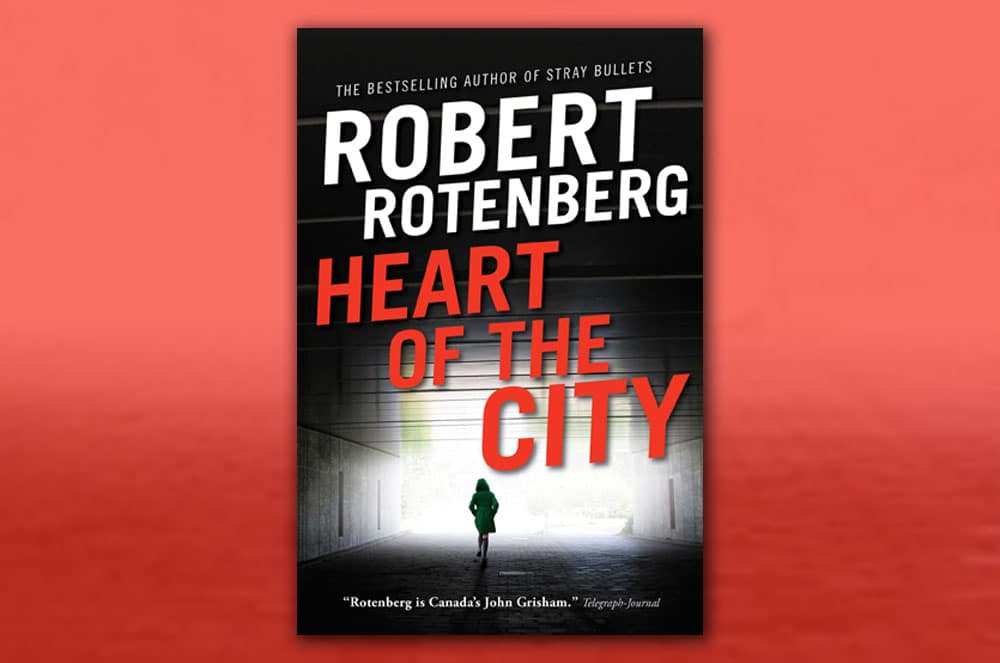 Robert Rotenberg’s latest crime thriller hits pretty close to home, (literally and figuratively), in that perhaps no other author has such an in-depth characterization of Toronto.

Furthermore, the heart of the city at the heart of the novel is about condo development and of course, I live in a condo in the heart of Toronto, so the subject matter can be seen just outside our window (there are many cranes up all around us, suggesting that the work is not done). So what better time to introduce a story in which a Brad Lamb-like character gets iced at the beginning of the story?!

Obviously the charming and sly Livingston Fox isn’t Brad Lamb or even a literary representation (though they are both animals), but a story that concerns the murder of a condo developer can have so many different suspects, and does. Complicating matters is that Fox was all set to develop condos in Kensington Market, which is a contentious issue on the best of days, as this is one of the neighbourhoods of the city that most people feel should be untouched by downtown gentrification, (the fictional city was going to feature two giant developments). The detective of Rotenberg’s previous book, Ari Greene, is front and centre, but his previous trip to London after being acquitted of murder in the previous book reveals that he has a daughter named Alison. It is an interesting development (revealed on page 1, so don’t worry) as Alison is an outsider in the city of Toronto, having grown up abroad. She is also an outsider in that she doesn’t quite know what to call Ari, not Dad, as she didn’t grow up with him. Lastly, she is a blogger, and while Rotenberg is a little behind in that her anonymous blog features a high readership despite not “microblogging”, this element features in the story, as she wants to place the information she encounters on her blog, but is afraid to do so as she doesn’t want to spoil the case.

It’s a potboiler, (though perhaps without a real a-ha moment). Yet it’s clear that the next generation is well-represented as Alison is in many ways a chip off the old block.

Heart of the City was provided by Simon & Schuster Canada in exchange for an honest review. It may be purchased from your friendly independent bookseller or other fine bookstores.