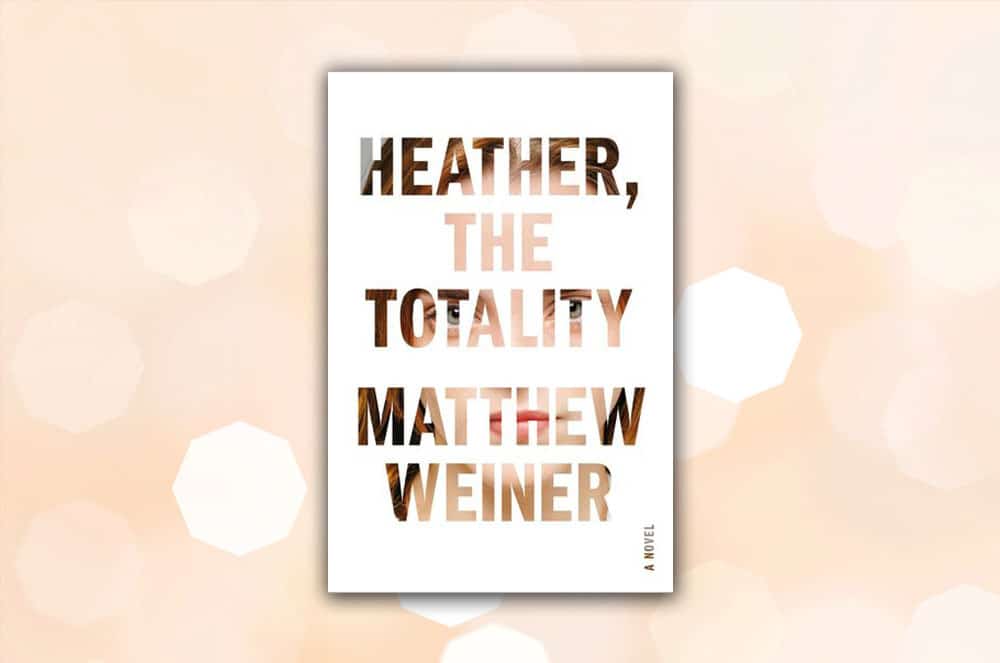 Despite being a short book and a quick read (around 140 pages), Matthew Weiner (yes, that Matthew Weiner) packs a wallop with his debut novel Heather, The Totality. The idea of reviewers not necessarily warming to this book make me appreciate it even more, because I read the book in one sitting (two actually, as I left myself the final 20 pages as a sort of gift). The reviews came flooding in afterwards and quite frankly, I was surprised by the negativity. I didn’t think it would be for everyone, and it was profoundly weird, but at the same time the prose style was fascinating and I was curious about the resolution.

The description perhaps won’t befit the strangeness of the read. It’s ostensibly about Mark Breakstone and his dull corporate existence, (I think?) and his wife Karen who is a little bit above his station, but not by much, and it fast forwards a number of years to their daughter Heather, (the titular one), but yet isn’t really about her at all. It also reflects through very little dialogue and an omnipresent and yet removed narrator how little the story is about, (feeling at times like a send-up of married New Yorkers), and suddenly, it began to feel real. Oh yeah, there is also a drifter and prisoner and potential serial killer named Bobby Klasky who floats around the periphery, eventually inserting himself into the novel and not in a way that feels forced, but only contributing to the dreamy luridness of the book.

Look, the complaints of misogyny I think are unfounded as it’s a send-up of male ego, (at least, this is what I would like to believe). In terms of Mad Men, say, Weiner has many failed characters: Don, Pete and Harry, to name but three. It was the women (Peggy, Joan, Dawn, to name but three), who fared much better. Here, the totality is Heather, who is probably the most likeable of the protagonists, (hence the totality). Others fare worse, not even receiving names, but I believe that this is because we encounter them through the prism of Mark who is an unlikable guy. Weiner builds the narrative by making him less so. You’d be mad not to read this gripping novel.

Heather, the Totality was provided by Hachette Book Group Canada in exchange for an honest review. It may be purchased from your friendly independent bookseller or other fine bookstores.