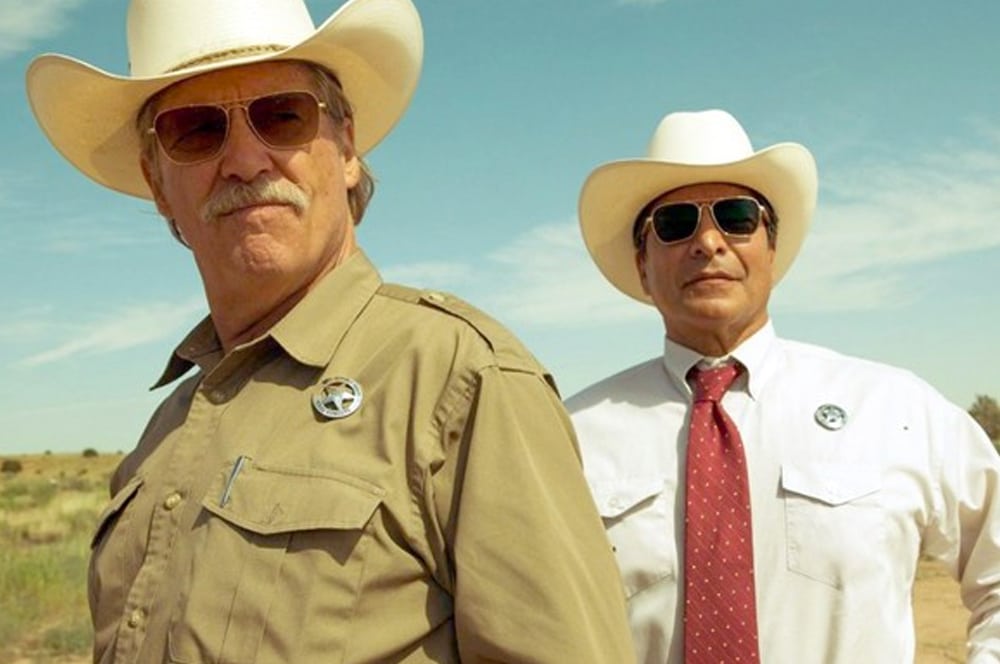 The film Hell or High Water obviously wasn’t released on November 29th in Canada to coincide with the news of President-Elect Donald Trump coming into power on the 20th of January. However, the timing seems to work out perfectly as the film is maybe the first great film that seems to perfectly align with the idea of a Trump presidency. This is because at the beating heart of Hell or High Water, interestingly, written by Taylor Sheridan, the writer of Sicario, is a story about resigned anger.

The film opens with a scene of a robbery on a mid-Texas bank, a sort of anonymous place that a tourist to the largest U.S. state would be loath to visit. Our initial impression of brothers Toby Howard and Tanner Howard (played by Chris Pine and Ben Foster) is that they are sort of lowlifes, rife with rage and especially dirty, (oddly enough, this look fits Foster to a tee, but cannot be pulled off by Pine, who looks too polished to be truly filthy). But this sense of right and wrong quickly dissipates, as the film cleverly sets up a stand-off between the law-men (played by Jeff Bridges and Gil Birmingham), the criminals, (Foster and Pine) and the banks.

In short, the film is an experience that is likely unparalleled in any other film coming out this year. The audience feels sympathy and antipathy towards most of the characters before realizing that they are all in debt towards one force, that stands above and beyond the lawmakers and the enforcers and the lawbreakers, and truly runs the state of Texas and the state of America.

The Blu-ray extras are further expositions and behind the scene features, though the film speaks for itself.

Hands down one of the best films of the year.