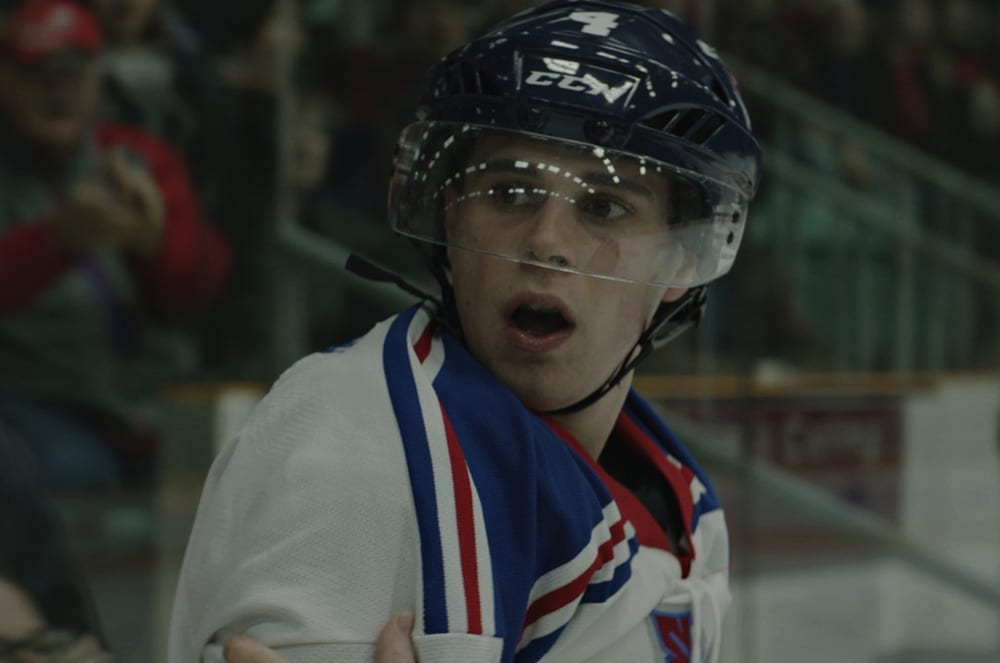 The problem with Kevan Funk’s Hello Destroyer isn’t its scope. The film is about a great many aspects of contemporary society and earned its place as a selection for Canada’s Top Ten at TIFF and a theatrical release at the TIFF Bell Lightbox this weekend. It’s just that it’s the kind of film that gleans its dedication, praise and sense of worthiness from an explanation and a series of reviews (like this one, perhaps), and interviews to explain the project at hand with Hello Destroyer. I would not imagine that a viewer would go in to watch the film knowing absolutely nothing and come out with an understanding of what the film was about or perhaps wouldn’t even enjoy the proceedings as a narrative process. So perhaps the best way to appreciate Hello Destroyer is to read one or two pieces about the film and then piece together what is happening and making sure not to over prepare or over analyze beforehand.

What should be known about the film is that Jared Abrahamson is commanding as Tyson Burr. The little known actor earned his spot as a TIFF Rising Star, as a part of a very talented roster this year with Sophie Nélisse, Mylène Mackay and Grace Glowicki. That Abrahamson is able to command the screen with so few lines and often being shot from the distance or from afar is a testament of his formidable performance.

In fact, the movie revolves around an act of violence perpetrated on the ice by the Prince George Warrior (appropriate name), but since the incident is shown obliquely, instead the opening shot of a hockey fight is shown in more sickening detail, and in essence that is what it is, a brutal portrayal of violence, quite antithetical to the way fights are presented on shows like HBO’s All Access 24/7. The level of sickening violence presented in the first few minutes, (a ritual disgusting head shaving incident is to follow), speaks volumes about what is to come in Funk’s almost brutal, warlike account.

Of course, there are more subplots that should have been explored in greater detail, (more of Sara Canning’s Wendy, please). The idea of Tyson as a billet, not truly belonging to the house is a fascinating idea that almost is more intense than the main plot.

However, an image of the whole team positioned perfectly in the locker room, the camera and viewer a willing participant is more beautiful than anything else and shows that Funk has a steady hand when capturing a desolate internal landscape.