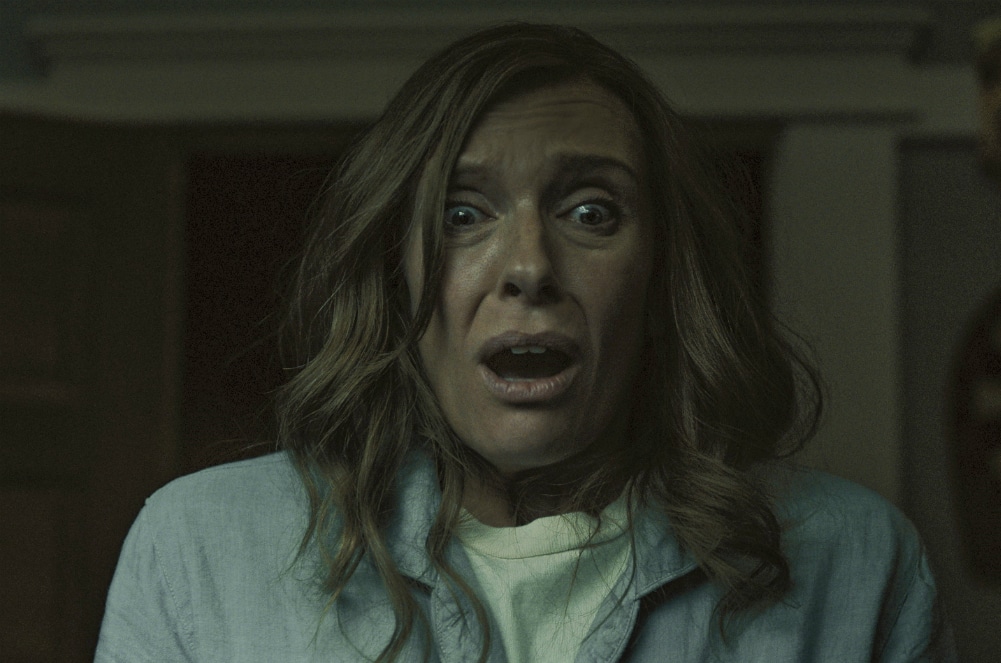 There’s been a modest debate about the genre class of writer-director Ari Aster’s debut feature Hereditary. Could we so easily label it a horror movie? Does that lessen its quality somehow, consign it to the pop art bin with the likes of Stephen King? Is that even a bad thing? First, we need to know what makes a horror movie. I’m no expert, but I do have a simple way to determine this: if I feel anxiety in the backs of my legs while watching said film in a comfortable theatre seat, it’s horror.

Hereditary opens on a funeral. The grandmother of the Graham family has died, and her daughter Annie (Toni Collette), an artist, is left to deal with her grief—or lack thereof. The two weren’t close, and we get the growing sense from the family—dutiful father Steve (Gabriel Byrne), angsty grandson Peter (Alex Wolff)—that dear grandma will not be missed. Except by Annie’s odd daughter Charlie (Milly Shapiro), whose presence here is unsettling (to say the least). As we regard her, the film begins to pivot in a strange direction. Annie’s art, which involves making dollhouse miniatures of scenes from her own life, takes a traumatic turn; Peter becomes increasingly dislocated from his high school experience; and Charlie, well, you’ll see. Later, Joan (Ann Dowd), a counselling group member, gets Annie involved in a seance, and things get stranger still. Believe me when I tell you this: I’m understating it. These are the true pleasures (if I can use that word) of the film. Setting aside Aster’s striking direction and aesthetic, along with Collette’s daring and at times unhinged performance, it is terrific (in every sense of the word) to witness this escalation.

So, is Hereditary a horror movie? The familiar elements are there, signposts directing your emotions surely towards terror: a woman in crisis, a foreboding house in the woods, a creepy little person in red (to say nothing of a certain debt to Ben Wheatley). But the film’s real effectiveness comes from vast dark unknowns—death, family secrets, something unspeakable on the edge of understanding. Which is to say, my legs felt sufficient peril. Hereditary is definitely (and defiantly) a horror movie, one due the highest praise: I never want to see it again.