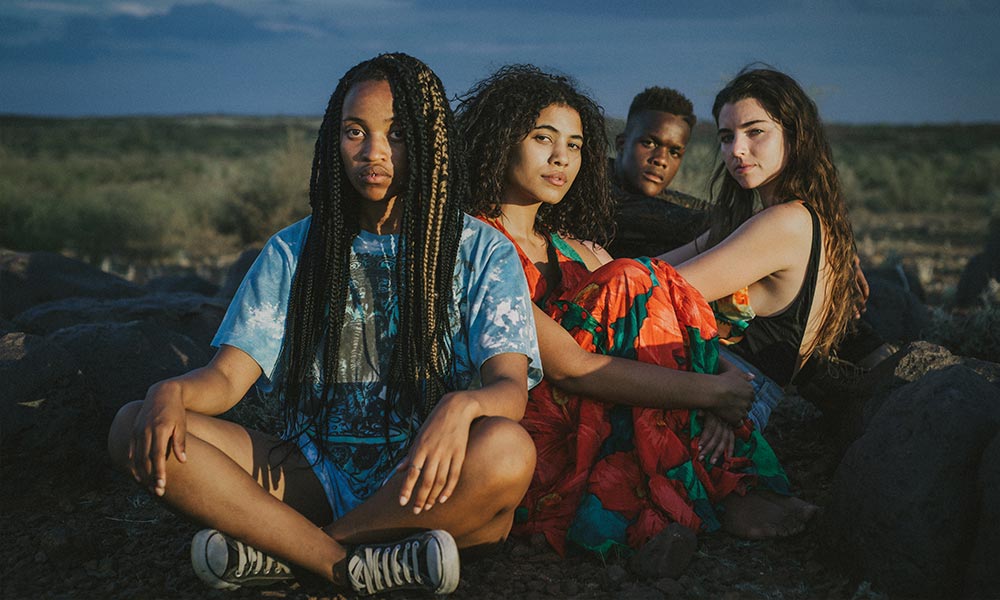 A surprise of the recent Toronto International Film Festival at a scant seventy minutes, High Fantasy is director Jenna Bass taking on the young people’s road trip movie, as much of the action takes place on a camping trip involving a diverse group from South Africa tackling issues of sexuality and identity, all the while seeming to understand the notions and language spoken by young people.

The film is a vacation picture, and much of the trip seems very relaxed and improvised (and likely was). To be honest, the original idea of the film, a group of friends on a road trip, seemed to be enough. The “twist” is that the teens switch bodies and must come to grips with their new bodies, leading to some humorous discoveries.  Shot on iPhone 7 cameras and often intercut with faux “confessionals”, the film features some strong performances from its leads. The actors are of course less than even, and High Fantasy loses steam even at the abbreviated run time, but it’s still a trip worth taking.

High Fantasy plays as part of the TIFF Next Wave festival on Sunday February 18th at 7:45pm at the TIFF Bell Lightbox