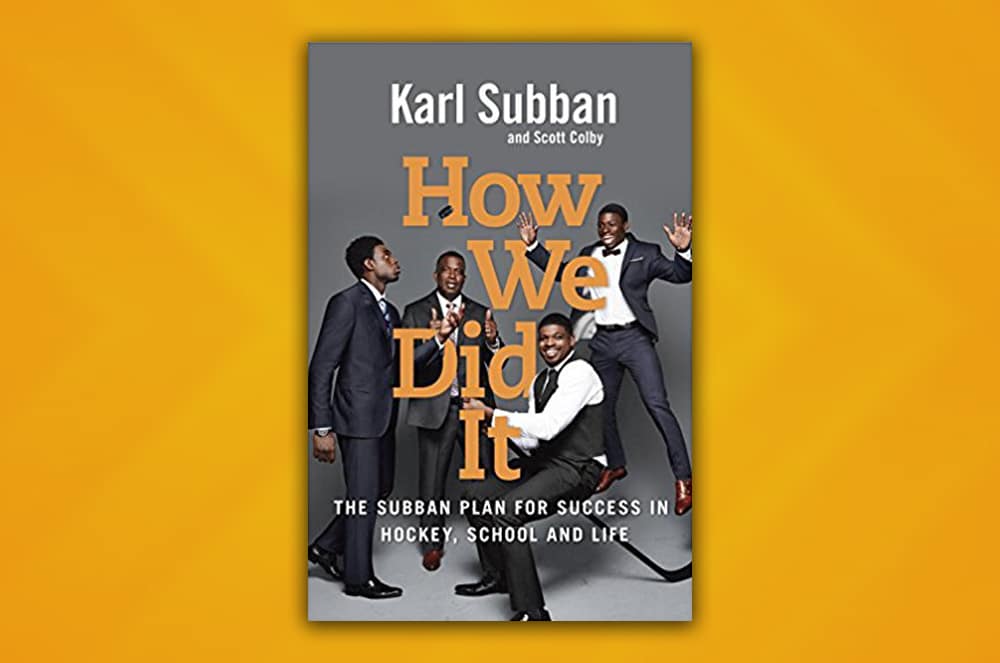 I wanted to be the one to write this book with Karl Subban, P.K.’s father, because I am the biggest fan of P.K. Subban. Scott Colby beat me to the puck. He has been influenced by Karl Subban since he met him when he was his basketball coach in 1979, and it shows in the way he tells the story of his hero.

I am a P.K. admirer not only because he is, in my view, the best hockey player in the NHL, but because of the way he carries himself – his demeanor, his manners, his generosity, and the way he has changed the game of hockey forever. The words of his inspirational father give us an insight into how he got there.

The title gives the impression that this is a self-help book and a game plan for success. But in reality, it is more of a family saga, with the self-help elements coming via the examples of how the Subban children win trophies while living a good life.

Karl Subban draws on his experience as a school teacher and principal in some of the most disadvantaged neighborhoods in Canada. The Jamaican-born Subban touches on how to face racism and economic disparity but this is not the main focus of the book. The advice, and the slogans Subban uses to inspire, boil down to determination and dedication.

The lead role in the book goes to Karl Subban. It’s his book after all. P.K. and his brothers Malcolm and Jordan, who are also aspiring professional hockey players, and Natassia and Natasha, his successful sisters, and Karl’s wife Maria, do have speaking parts inserted in the book, but it is Karl’s plan and his story.

How We Did It: The Subban Plan for Success in Hockey, School and Life was provided by Penguin Random House Canada in exchange for an honest review. It may be purchased from your friendly independent bookseller or other fine bookstores.