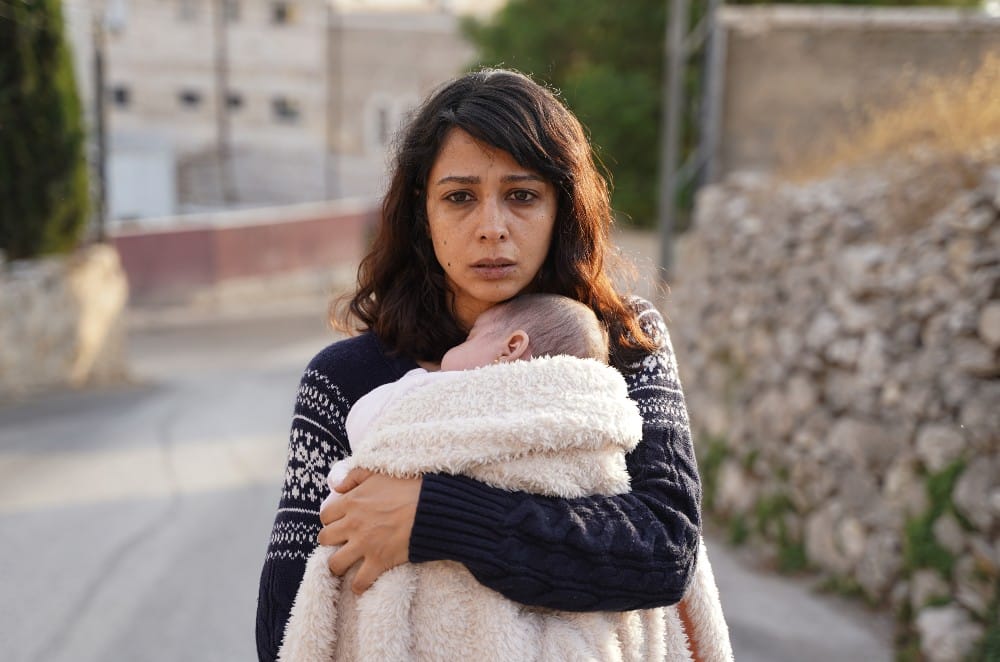 In a more just world, writer-director Hany Abu-Assad would continue on with making crowd-pleasing films or now-forgotten Hollywood dramas. We live in this world though, in which he’s made the new film Huda’s Salon, and been drawn back to a tense story of desperate Palestinians eking out lives in the face of an occupying force—one so overwhelming here it’s not even given a human face.

The faces we do see in Huda’s Salon play characters inspired by real-life. Text at the film’s outset relays the true machinations of the Israeli Secret Service that was (is?) blackmailing Palestinian women to serve as informants. We watch one such woman, hairdresser Huda (Manal Awad), as she entraps new mother Reem (Maisa Abd Elhadi), drugging her, posing her in lewd photographs, and then giving her a task: report back any info you learn on the region’s resistance movements. This is a no-win situation for all involved. What’s most risky about the film, however, is the nature and direction of its critique, noting as it does the weaknesses in Palestinian society, the imbalance of power between men and women, and how it can and will be exploited by their oppressors. Taking place over a couple of days, we come to understand the exact situation of put-upon Huda, poor helpless Reem, and the face of the rebel cell on hand, Hasan (Ali Suliman). Each person has their part to play, but much like Abu-Assad’s best films, their choices are often an illusion. His direction matches the narrowness of this focus, allowing us to see just enough of this world—and the walls that keep it in place.

To be clear, the inward struggle of Huda’s Salon does not suggest victim-blaming. Abu-Assad instead understands those impossible decisions each individual is faced with, the traps they find themselves in, and the paths forward that could provide liberation. His film is terrifying because the margin for error is so vanishingly small; it does the only thing it can by catching on those most minuscule of edges.