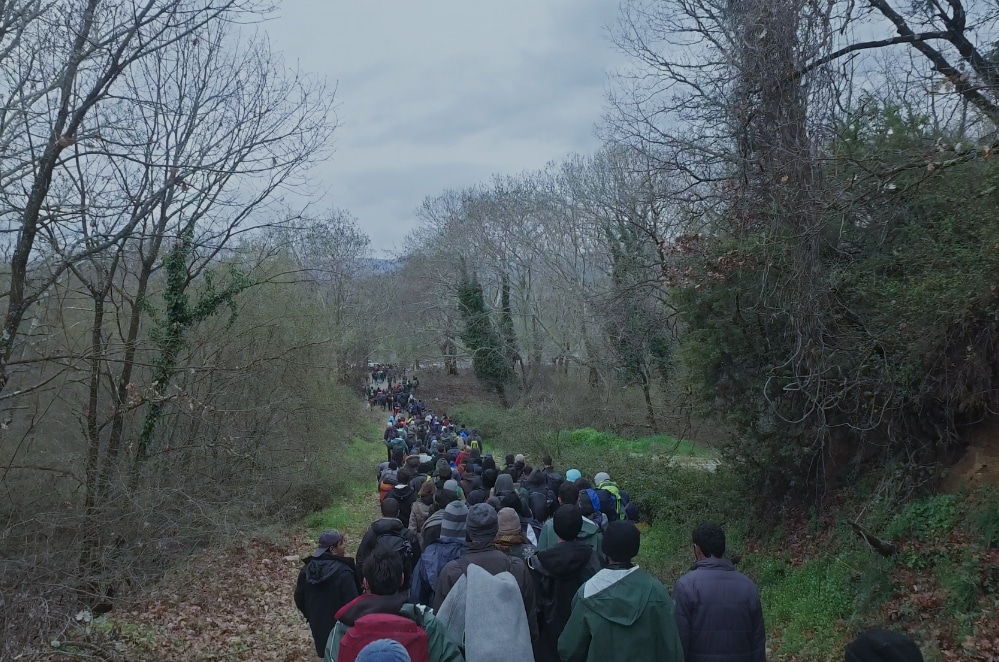 Is it possible to be profoundly shaken by a film and yet somehow at its most basic core still fundamentally disagree with its presentation? If so, this would be the emotion felt by Ai Weiwei’s stunning film Human Flow, which runs an intense two hours and twenty minutes (which is still shorter than Blade Runner 2049, but not much shorter), and asks the viewer to bear witness to the atrocities captured by the director, especially dealing with the idea of the refugee. It presents some surprising non-parallels to the Berlin Golden Bear-winning Fire at Sea. While Fire at Sea tells one story, Human Flow tells many stories and, one may argue, too many stories.

It’s difficult to keep up with the amount of refugee horror depicted by Weiwei and this is likely the very idea. I think that a movie that starts and ends with a bird’s eye view of the sea, (the tracking shots are gorgeous and really provide a credence to the scope attempted by the director) is a challenge. The difficulty lies in looking at Human Flow as a piece of narrative cinema instead of an art piece, and the director does us no favours by systematically visiting region after region (and receiving the access is clearly an aspect of this challenge). What is missing is a sense of permanence, of quiescence, of getting to stay with one single family or immigrant (or cat, in a couple of memorable occurrences).

There is too much going on to take in the film in a specific manner, (and some of the stories are controversial, as a mention of climate change would have been fascinating to explore further) and certainly investigating the trouble Ai Weiwei and his crew experiences on the Mexico-United States border remains fascinating.