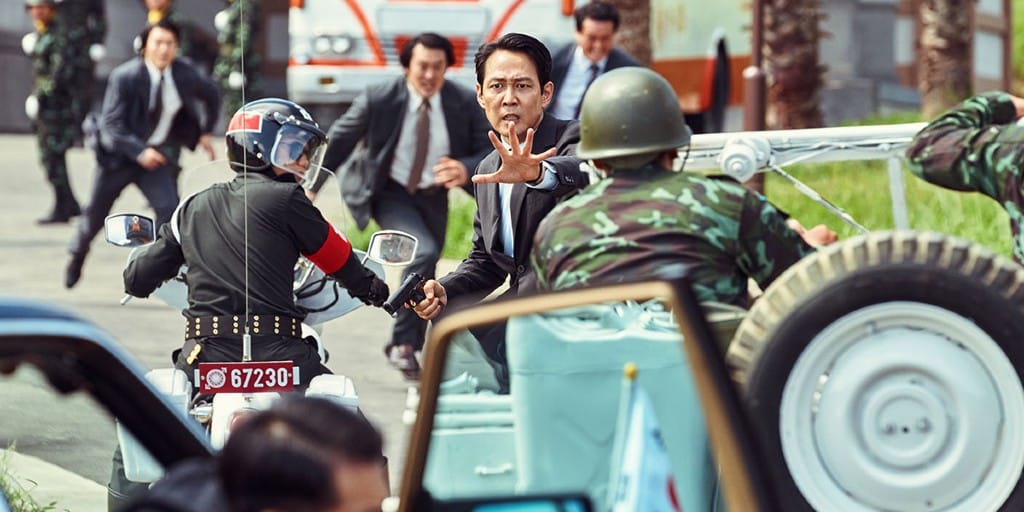 What’s best about Hunt is its absolutely hellbent tone. Whether you care about the political framework of its espionage action or not is seemingly immaterial to director and star Lee Jung-jae. As written by Jo Seung-Hee, his film just yanks viewers through every twist and set piece it can engineer—even if its story becomes less clear as it goes along.

After kicking off with an assassination attempt on the South Korean president of the 1980s, Hunt centres on two rivals: Park (Lee) and Kim (Jung Woo-sung), tasked with discovering the identity of a mole in their nation’s intelligence service. It’s a familiar (and favourite) set-up, but to be clear: John le Carré this ain’t. While there is much exposition, and even some nested flashback scenes, Lee doesn’t dwell on anything for long before plowing into the next chase, gunfight, or explosion, rivalling anything this side of Michael Bay. This pressure doesn’t allow much room for character work, yet Lee, Jung, and others sketch out enough detail in their performances to create reasons to care about this spy vs. spy showdown. Yes, I can’t say I’d be able to diagram the plot here, and it might be helpful to have some grip on the real-life history as well, but it’s also possible to just hand oneself over to the thrilling proceedings.

To that end, whether it knows it or not, Hunt does border on the ridiculous. Yet the film’s small and large-scale emotive intent is consistent and its quick-cut action remains never less than kinetic. Could a more coherent or thoughtful movie have been about modern Korean politics? Sure, but where’s the fun in that?