I Believe In A Thing Called Love Review 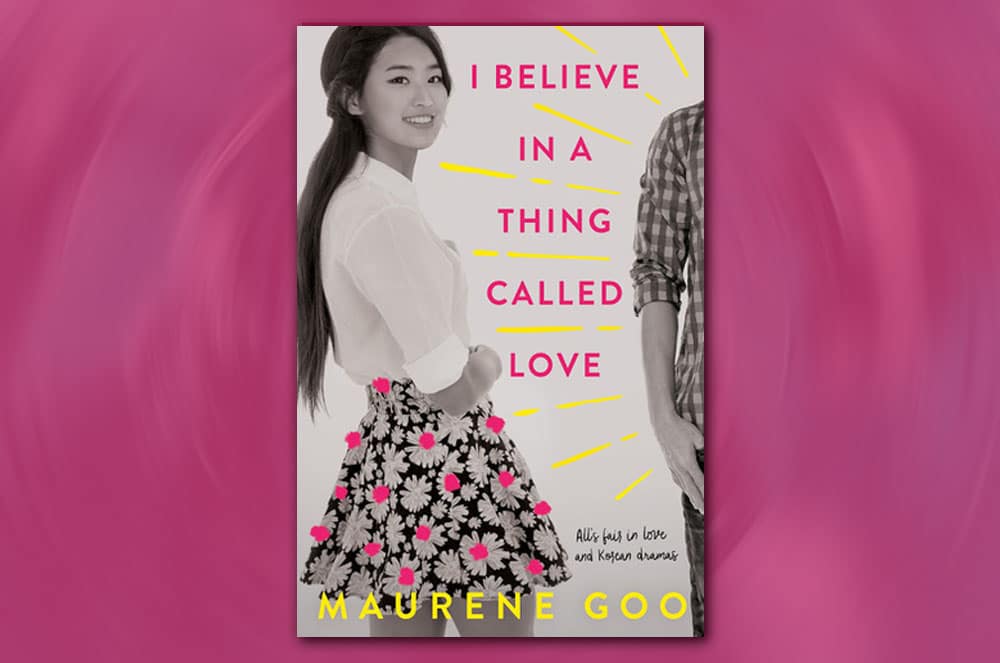 For every girl (or boy) who’s ever watched a romantic comedy and thought that they, too, can win the boy of their dreams by following the formulaic pattern on screen, then Maureen Goo’s latest book is definitely for you. I Believe In A Thing Called Love, (not to be confused with The Darkness’ hit song), is an adorably touching, contemporary YA tome that should itself be turned into a Hollywood screenplay (I, for one, would run to see its film adaptation).

The book centers on Korean-American Desi Lee, an all-around high school superstar in everything save for wooing the opposite sex. In her many attempts at trying to get a date she has either figuratively or quite literally fallen flat on her face. In other words, Desi is the very definition of adorkable (with brains and brawn of course). Then “cute Art boy” Luca Drakos breezes into her life and, in a Eureka moment, she stubbornly decides to follow the standard steps taken in Korean dramas (K drama to those in the know) in order to make him fall in love with her. From “You are the living embodiment of all that is pure and good” to “be caught in an obviously lopsided love triangle”, the unlucky in love heroine follows each of the 23 steps to the letter, sometimes to disastrous effect.

Like every great romantic comedy, I Believe In A Thing Called Love is a charming fantasy, yet Goo grounds her book with a believable lead character and a lovable set of supporting characters (my favorite of which were her two diverse and well-rounded best friends). Plus if this doesn’t get you running to the nearest video store to rent a big pile of K dramas, I don’t know what will. Though it bears quite a few similarities to Jenny Han’s To All the Boys I’ve Loved Before series, this fresh and fun treat of a book is well worth a read!

I Believe in a Thing Called Love was provided by Raincoast Books in exchange for an honest review. It may be purchased from your friendly independent bookseller or other fine bookstores.