I Can’t Make This Up: Life Lessons Review 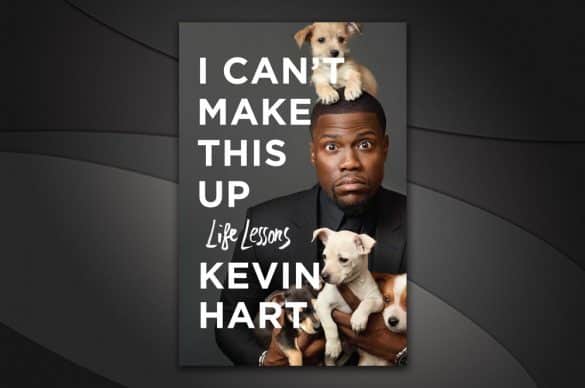 Celebrity memoirs are not usually my favourite because 1. We don’t learn anything and the writers are too young to have experienced good stories and 2. Celebrities are not trained to be writers. To avoid this pitfall, superstar comedian Kevin Hart brought in Neil Strauss to help outline his book I Can’t Make This Up: Life Lessons. It is tough to figure out if I was more excited to read the book because of Hart’s name or because of Strauss’s being a huge fan of the Style (get it) of The Game and more of his previous work.

I am happy to report that this book may be the first celebrity memoir to be so “Open” since Andre Agassi and J.R. Moehringer teamed up to present a grand slam of a memoir. I Can’t Make This Up is both hilarious and heartfelt, from the cover featuring Hart and a group of puppies, (I honestly laughed out loud at the absurdist image), to the back cover, which features recommendations, all from Hart himself.

Whether all of these stories are true or not or can be made up is left to the discretion of the reader, but Hart (and Strauss) go deep into retrospection and introspection – really deep. I wonder if it is because Strauss got married and left the pick-up game behind or if because Hart is really that honest and open (he goes to some pretty dark places and manages to make it hilarious, kind of like how he describes his act), but the best part of the book isn’t necessarily a step-by-step guide to success, but that Hart provides a blueprint of success. This depends in major part on his mentors (his mother, Keith Robinson from the Philadelphia stand-up scene, Jay-Z, Judd Apatow), and his non-mentors (his father, his extremely complicated relationship with his ex-wife Torrei, Lorne Michaels, whoever heckled him at a series of venues), and seems to come out stronger and happier on the other side. In short, memoirs don’t need to be sizable, but Hart’s rises tall and does not come up short.

I Can’t Make This Up: Life Lessons was provided by Simon & Schuster Canada in exchange for an honest review. It may be purchased from your friendly independent bookseller or other fine bookstores.

Win run of engagement passes to All Eyez On Me!