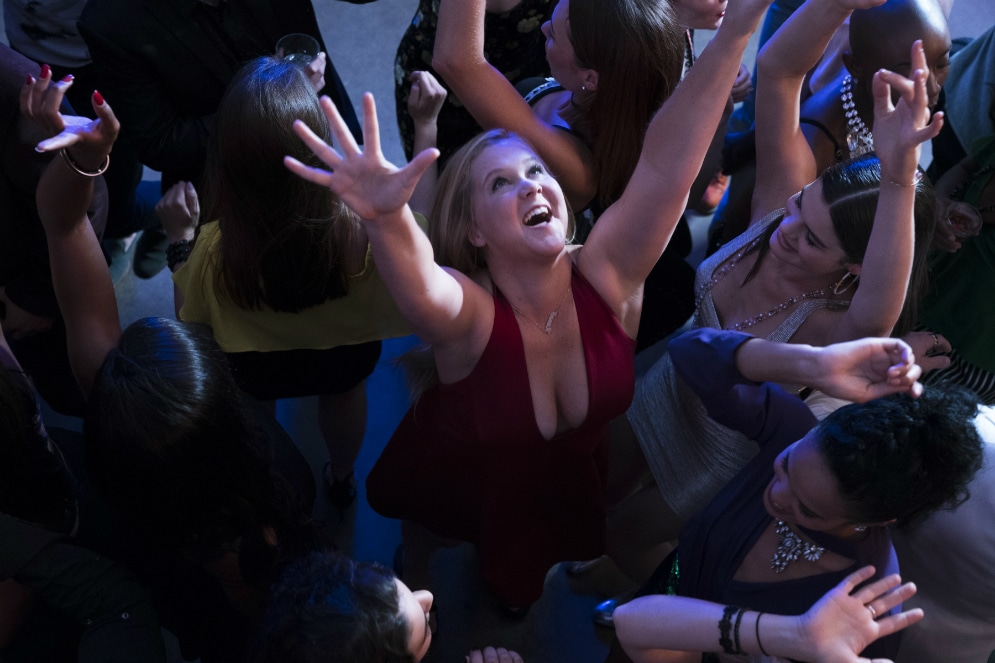 I Feel Pretty confident in saying that the trailer of the concept of the movie looked laughable, which is that Amy Schumer as a fuller-figured woman cannot be confident unless under a spell that makes her see herself as beautiful. The movie itself turns the concept upside a little bit, succeeding as a female empowerment movie occasionally, but mainly coming off as an unholy blend of Mean Girls and The Devil Wears Prada, with a little What Women Want as a rhetorical device.

It’s by no means an awful movie, and there are some chuckles to be had (though I struggle to remember the specific jokes, at least Schumer is game), but mainly the movie is sort of forgettable, to the point of not really believing in its concepts and attempting to sort of have them all. Once again, poor Amy Schumer is the fat schlub (though with an awesome apartment), and until someone figures out what to do with Schumer in a movie (Trainwreck was the closest, perhaps), the internet trolls are going to get the last laugh. When the biggest revelation of the film is that pretty girls (Emily Ratajkowski playing…herself? Mallory something??) get treated badly by men as well, the movie still feels stuck in 2004.

Michelle Williams puts in a game effort as Avery Leclaire as a sort of high-voiced snob so out of touch with reality, but the joke is less funny when she herself points out her high voice and snobbery. Lauren Hutton makes a welcome appearance as her grandmother and Tom Hopper is out of his element as her attractive brother Grant. Why Schumer’s Renee needs two sad friends is never quite explained, and worse off, poor Aidy Bryant and Busy Phillips are way too cool to be the dumpy friends, especially when Phillips’ husband Marc Silverstein co-wrote and co-directed the movie (with Abby Kohn).

The movie still feels a little bit bro-y and perhaps more of Dave Attell would have been welcome as a sleazy bikini contest promoter. Of course, the leading man played by comedian Rory Scovel is kind of forgettable as well, and Boston plays a pretty unconvincing New York, at least until the film gives up and then moves the action to Boston. Though it’s well-meaning, I feel very little for this film.