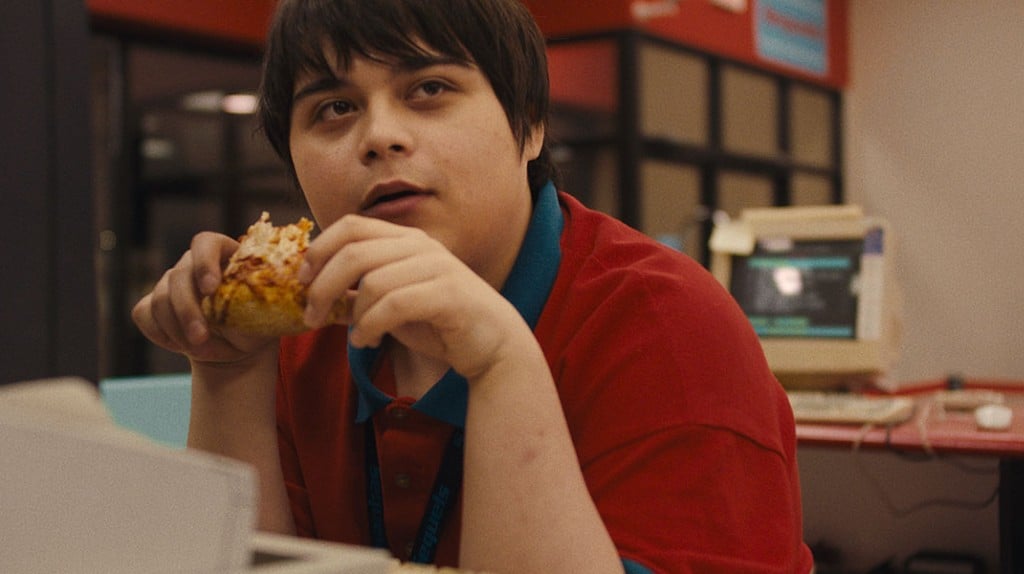 In writer-director Chandler Levack’s I Like Movies, what begins as an early-00s neurodivergent Superbad gives way to a film with enough room for more than just the “I” of its title. That’s not to say star Isaiah Lehtinen, who’s in virtually every scene, doesn’t loudly own this film, it’s that the rest of its characters are granted dimension too—even in his presence.

Lehtinen stars as Lawrence, a not-ready-to-launch teen living with his mother (Krista Bridges) in Burlington. True to another word in I Like Movies’ title, his identity has been entirely formed by films in that specific late-teen male way, allowing for both snobbery and a complete unawareness of real life (I know of what I speak, trust me). With roiling emotions tamped down to varying degrees of success, Lawrence dreams of attending NYU film school and shedding his suburban life. To do this, naturally, he ends up working at a video store under the tutelage of manager Alana (Romina D’Ugo), who has her own tale about movie-making. The film’s small-scale universe builds out from there, with Levack revelling in the details of the period while keeping an eye on the future.

Leavened by affecting humour, I Like Movies has evident sympathy for the grand confused mess of Lawrence and his journey. What sticks with this film, though, is how Levack deploys its coming-of-age lessons, particularly a mid-film speech from D’Ugo, which suggests more than the usual teenaged hijinks. As it turns out, there’s much to like.