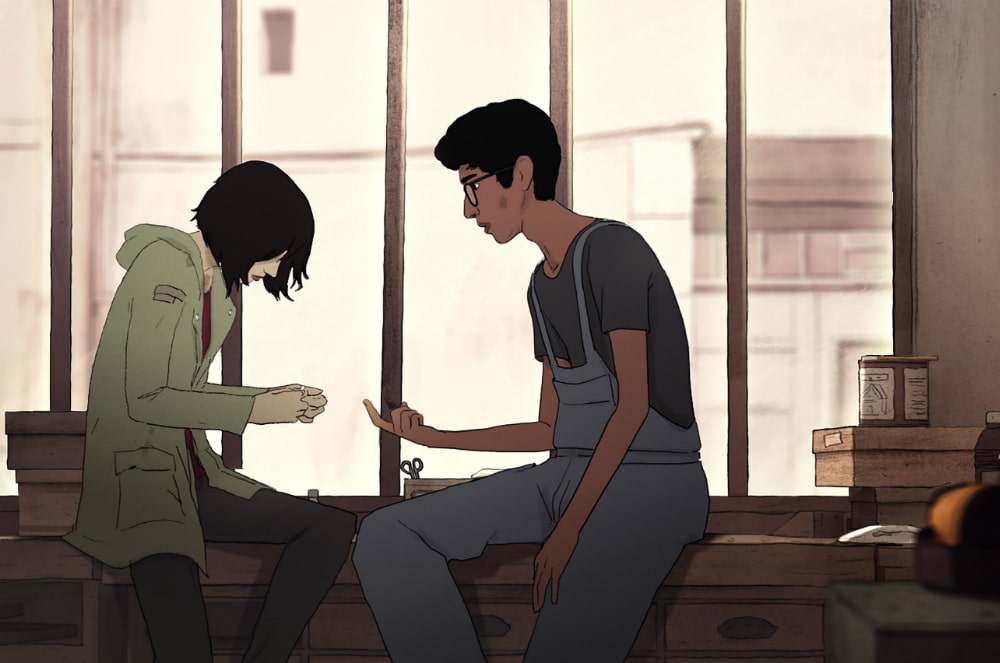 There are two parts to I Lost My Body, the debut animated feature from director Jérémy Clapin. Each essentially revolves around the figure of Naoufel (voiced by Hakim Faris), a young man having a hard time in Paris. His story is not without its charms, but it’s the film’s other part that grants its appeal. In the scenes away from Naoufel and his childhood memories, we instead follow a dismembered hand, brought to life as if from Evil Dead 2, while it goes on a journey across the city. For obvious reasons, that part is a real trip.

This deliberate mix of melancholy and the macabre should not surprise given that the film’s source material is a novel by Guillaume Laurant. As an Oscar nominee (for Amélie), Laurant cut his screenwriting teeth drafting up scenarios for Jean-Pierre Jeunet which often delivered a precious and somewhat dangerous tone. Brought to life here by the smooth style and clean lines of Clapin, I Lost My Body does not deviate much from Laurant’s other work. His Naoufel is an orphan struggling to find his place, lonely and unfulfilled in his work; and, of course, his life pivots entirely on a meet-cute he has with a girl named Gabrielle (Victoire Du Bois). It’s easy to roll one’s eyes at some of this, and easier still when we remember the zombie hand in the film’s other half. While Naoufel moons for Gabrielle, it fights with pidgeons, escapes from rats, navigates the subway, and sneaks around various apartments on its mission.

For a film with this kind of subplot, there are even more ideas and visual motifs to consider. We get extended lessons in fly-catching, the mechanics of audio-recording, wood-working tutorials, even a quick dip into arctic homemaking. Taken altogether, I Lost My Body paints a fulsome picture of its young protagonist, one made of enough disparate elements to feel unique. But that half of the film’s narrative is telegraphed, its notes of ambiguity feeling more like uncertainty. And for the life of me, I just really wanted to know what was going to happen to that hand.