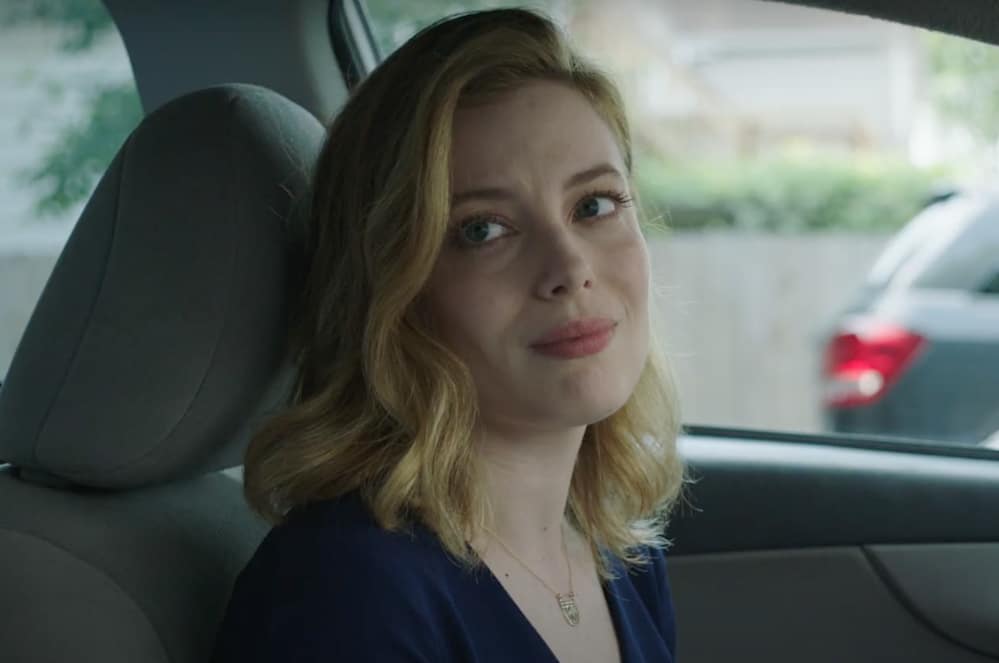 There’s an easy grace to I Used to Go Here, the new film from writer-director Kris Rey. It concerns Kate (Gillian Jacobs), an author whose first book has just been released with very little to show for it so far. These stakes sound low, and in truth, there’s not much suspense to the film, but it’s relaxing just to go with the flow of its narrative. Rey understands what she’s doing here at a granular level—even if all of her characters remain unsure—and that earns her some credit.

Kate’s debut book (aptly titled “Seasons Passed”) gets her an invitation from David (Jemaine Clement), her former professor, to do a reading on campus. With nothing doing in her current life—her friends are all pregnant, she’s recently single—Kate embraces a trip back to her college town, complete with a return to her old house. As the film’s title implies, I Used to Go Here introduces her to a cast of new college students all trying to figure out their own lives—and find their own voice. This includes writer April (Hannah Marks), the apple of her professor’s eye, Hugo (Josh Wiggins), her boyfriend, and friends with names like Animal and Tall Brandon. Led by the playfully brittle Jacobs, Kate’s regression into college life is an enjoyable and diverting experience. Rey doesn’t reinvent the wheel on this trip, but her attention to detail (e.g. Che poster on the wall, dishevelled just-so clothing, and endless cereal consumption) is sharp; it’s easy to be drawn in. Also, it’s fun to watch Clement play a try-hard writing professor.

Still, nothing about I Used to Go Here is surprising really, save for some of the reactions to those very same unsurprising elements. As a result, Rey’s film is more comforting than daring, acting as an ode to one’s past, if not quite embracing it all the way. The film also comes to mirror the sweet sentiment at its heart—struggling, aspirational, and with a deep-seated desire to keep trying. There are worse ways to be.