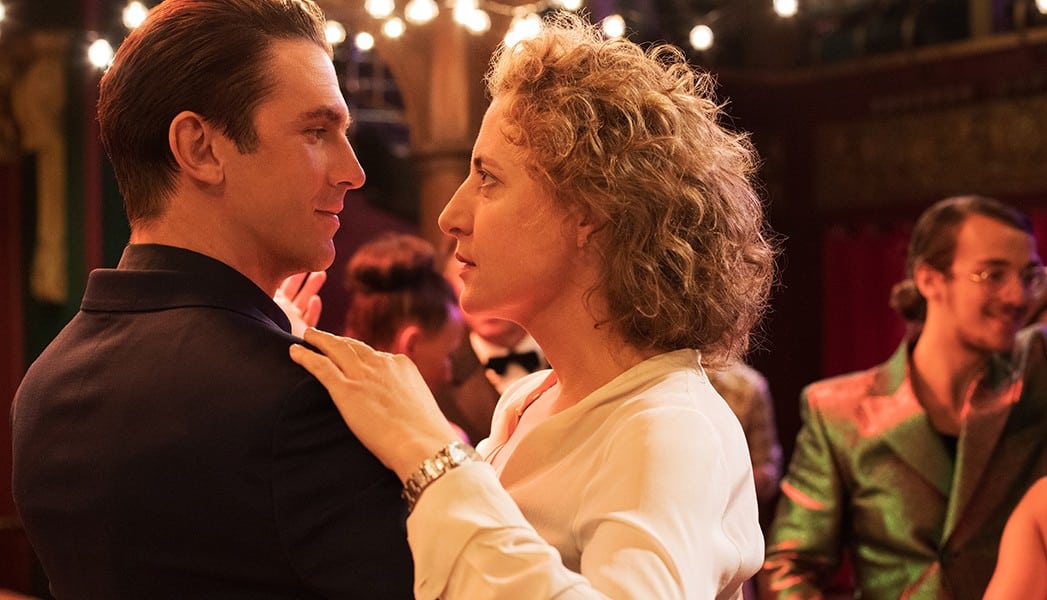 Dan Stevens cast as a handsome and dopey robot is a punchline I’m Your Man enjoys to maximum effect. As directed by Maria Schrader and co-written with Jan Schomburg, theirs is a sci-fi film with indeed only one significant bit of science: Tom, an android partner assigned to the film’s star Maren Eggert for a three-week trial period. We’ve seen premises like this before, but not quite like this.

Eggert’s Alma studies cuneiform as a researcher at Berlin’s Pergamon Museum. She’s also noticeably single, becoming the perfect candidate for this inexplicable (albeit believable) matchmaking program. Naturally, her resistance to Tom, created ostensibly to meet her desires, is mined for easy laughs at first, until I’m Your Man moves deeper into its own study of human relationships. As folded together by Schrader, the narrative cuts through Alma’s professional life and personal history, creating a character at once familiar and unique. For her part, Eggert is never less than captivating, enlivening what could have been a tedious exercise in answering the question “what makes us human?” again. And yes, Stevens is well-cast as a guileless, eager-to-please machine-man.

At its best, I’m Your Man gamely manages to bridge the gap between explaining what it is to be human and how it feels to be human. The questions it raises have answers, but they don’t satisfy—or I should say: they do, yet we carry on as ourselves anyway, searching for happiness. This is a sweet film and a sad one too, which is what makes it just right.