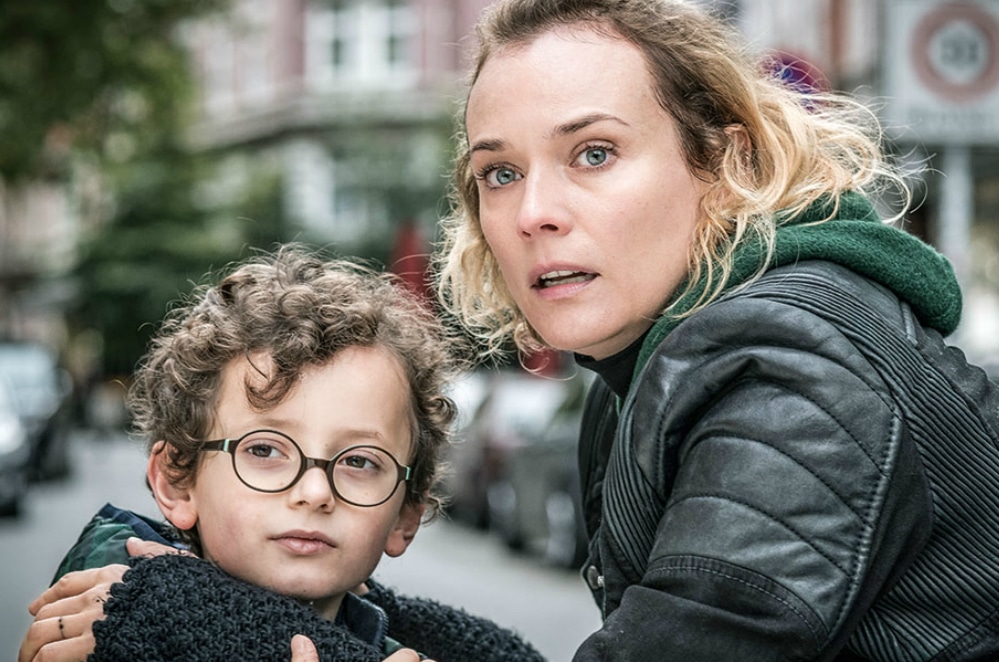 There really isn’t any particular reason why Fatih Akin’s In The Fade should be this melodramatic. The story is interesting, the lead actress is spectacular (Diane Kruger really brings a lot to the role), and the idea feels relevant. So why then bury it in melodrama and a realistic shooting style that enhances the sense of documentary-like action?

In The Fade feels earnest in a similar manner as Kruger’s previous TIFF film Sky. Perhaps this kind of film upsets me as there is little room for moral dilemma, as there is right and wrong and the viewer is given little choice as to whom to believe. It’s obviously easy to do so when Kruger’s Katja is such a presentable person and it’s a tribute to Kruger that the film doesn’t fall off the rails completely. I prefer my stories with a little ambiguity, so the courtroom drama set-up is a good one giving way to an ending that I didn’t care for in the least. A surprise twist ending or moral complexity would have been welcome.