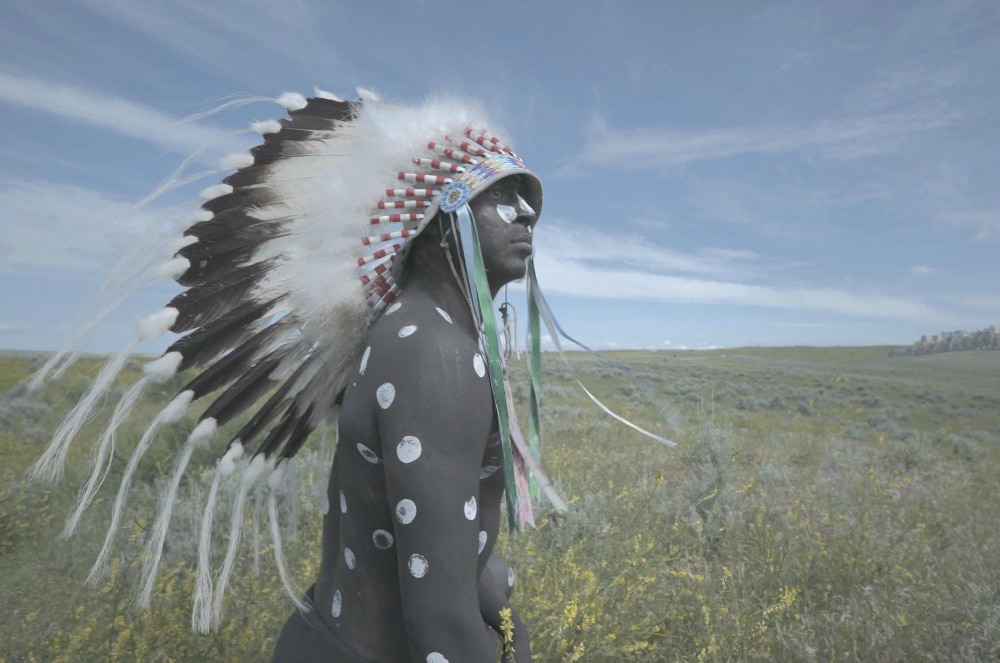 The opening of Michelle Latimer’s Inconvenient Indian captures the exact tone of the rest of the film. It’s one of powerful juxtaposition and a surprising turn of images that resolve into something confident—and angry. That opening sees us riding on horseback, in a natural setting, before cresting a hill onto the urban sprawl of Toronto. Enter Thomas King, author of the book that inspired this documentary, who narrates along with others to create a clarion call to action.

King’s presence anchors Inconvenient Indian, even while merely staring back at us from a taxi cab window or movie theatre seat. Latimer returns to his bemused face throughout, deploying King as the film’s guiding spirit while pushing outward and onward into the future. In this way, her film plants a flag on the Indigenous issues of the day, exploring what’s shaped them, and how, while making connections to some not-so-ancient history. While Latimer’s pace remains cool, there’s an urgency to the film that comes across as it weaves together these disparate parts. There is much to learn here.

That said, we shouldn’t need a film like Inconvenient Indian. Not in 2020, and not with Canada now at over 150 years old. That we do speaks to the failure of settlers (e.g. white people) to do anything positive for Indigenous people in this country (and continent). What Latimer’s film illustrates, however, is that they are already doing more than just surviving in the face of this indifference—they’re thriving. The rest is up to us.

Interview: Julie and the Phantoms’ Madison Reyes and Charlie Gillespie