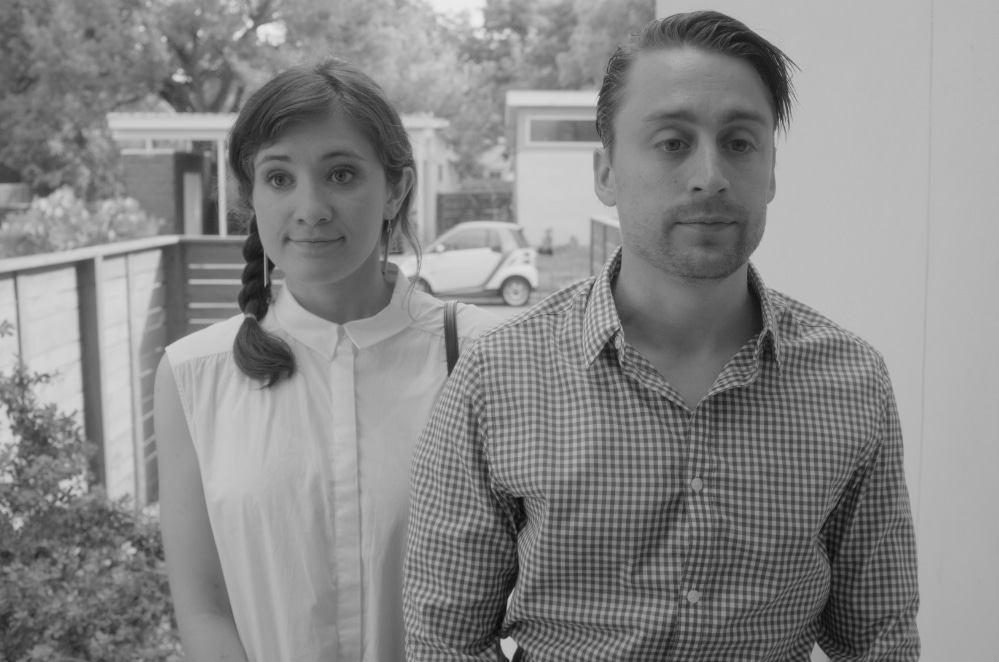 Let’s set aside the founding idea of corporate-led bio-engineering malfeasance that leads to the creation of babies who don’t age and get at what Infinity Baby, the new film from director Bob Byington, is really about: the uncertainty of adulthood. The film’s sci-fi concept allows for a neat thematic dovetail within, and its dry (snide?) satirical tone does offer a modicum of freshness. Its conclusions however, prove to be more conservative than you would think at the outset. Yes, even with the whole forever toddler thing, this film just wants us all to grow up.

The main through line of Infinity Baby, a film stacked with characters (and noteworthy actors) despite a svelte 80-minute run time, involves Ben (Keiran Culkin, at peak insouciance), a self-centred young man whose main concern in life is avoiding responsibility — he’s a fuccboi, basically. Through a series of online dates and an ongoing work crisis, we learn about the depths (or, really, shallows) of Ben as he relates to those around him — including his uncle Neo (Nick Offerman), CEO of the film’s titular corporation, and various women who come into his orbit (played by Noël Wells, a charming Trieste Kelly Dunn, Megan Mullally, and more). As written by Onur Tukel, what the film has to say about modern dating isn’t particularly insightful (some men are afraid of commitment!). And what Ben’s work situation, which includes taking care of those dang ageless babies, suggests about our future isn’t necessarily new (corporations are glibly evil!). But Byington at least shapes the worldview and black-and-white aesthetic with precision.

The star of the show however is not Culkin, or heroic power couple Offerman and Mullally (though her “mother” character is a delight). There’s a third leg to the film, featuring Martin Starr and Kevin Corrigan as hapless corporate hacks, that almost makes the whole enterprise worthwhile. Corrigan’s presence — and fantastically offbeat line readings in particular — will have you longing for a film centred solely on his sad character instead. His despair reads as far more existential, a pain that can’t be solved by the presence of a baby, or salved by companionship, or cured by a corporate solution. It’s heavier material, but the film is unfortunately just too slight to carry it to term.