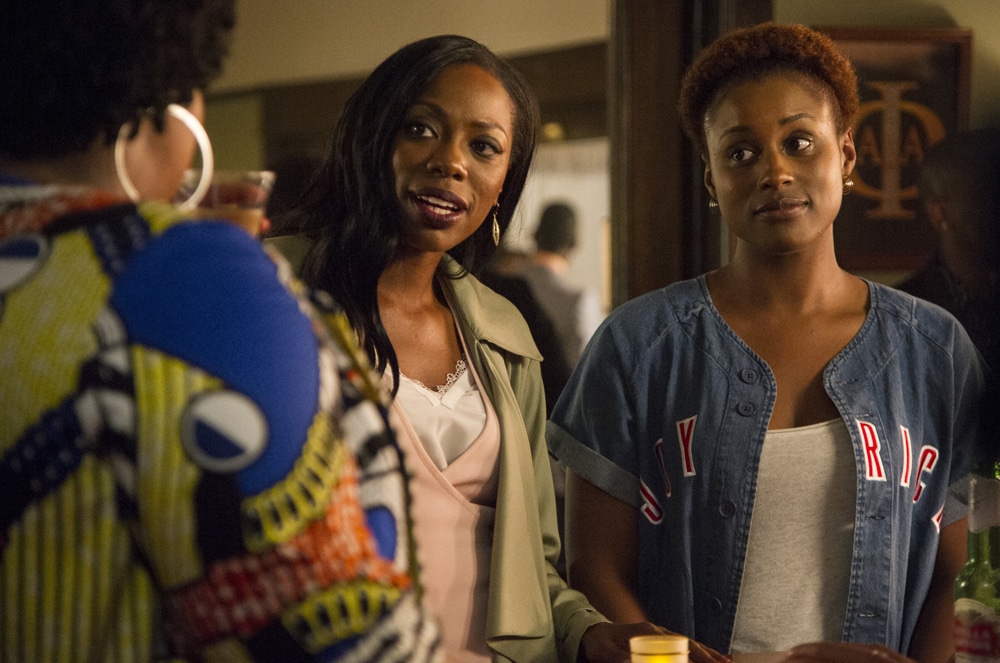 Many months before Jordan Peele’s smash-hit Get Out was released, Issa Rae (Awkward Black Girl) was quietly addressing the very same racial elephants in the room in her confident debut, the HBO show Insecure. Much like Chris’ conversations at the garden party in Get Out, on Insecure, African-American Issa (the character) is regularly spoken to by her Caucasian colleagues with a mix of awe at her otherness and, with a complete lack of self-awareness as well as an aura of tone-deafness, they spout out Black jargon and slang in a bid to endear themselves to her. Over at Molly (Yvonne Orji)’s workplace, where she thrives as a successful corporate attorney, her Caucasian superiors plead with her to reprimand a fellow African-American colleague, as she’d only understand the lesson if it’s communicated from Black woman to Black woman.

The show also cleverly presents female friendships amongst young women (far more realistically than fellow HBO titles Girls or Sex and the City ever did, in my opinion) and how the central women navigate their way in and out of relationships. Plus I dare any show to come up with a better way to thank Chrissy Teigen for her fabulous cookbook.

The first season home entertainment package is a tad light on the special features, hopefully hinting at a more loaded release in time for the second season in the summer. The three special features (a look at Conjugal Visits, the program Issa is obsessed with on the show, is the clear highlight) are fun but far too short in length (the longest one is 4 and a half minutes long).

I highly recommend Insecure: The Complete First Season and I, personally, can’t wait until July 23rd when the second season debuts.