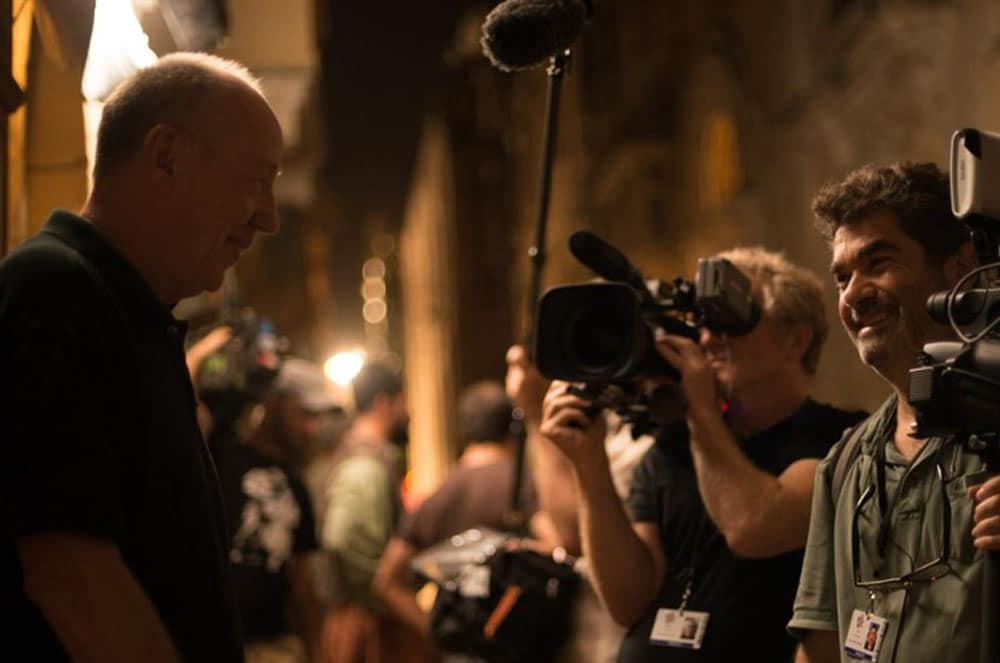 Intent to Destroy is perhaps not Joe Berlinger’s best film but it would be the best film for a number of documentary filmmakers. The reason for this isn’t style or subject matter, as this is an intensely watchable doc, one that is extremely gripping from start to finish. The reason that this film perhaps doesn’t reach the lofty heights of the acclaimed director’s earlier efforts is because the film which granted behind the scenes access to Berlinger, Terry George’s The Promise, isn’t quite as interested in the ideas of truth and reflexives (though his film in its making seems quite different than its final product).

The filmmaker clearly was present for much of the filming of The Promise and builds an awareness of the Armenian Genocide (and it was a Genocide) that George failed to capture. Atom Egoyan, who does make an appearance in the film, better captured the conflict in his film, and his section is one of the most riveting and interesting. Intent to Destroy is a necessary and helpful primer on the Armenian Genocide.