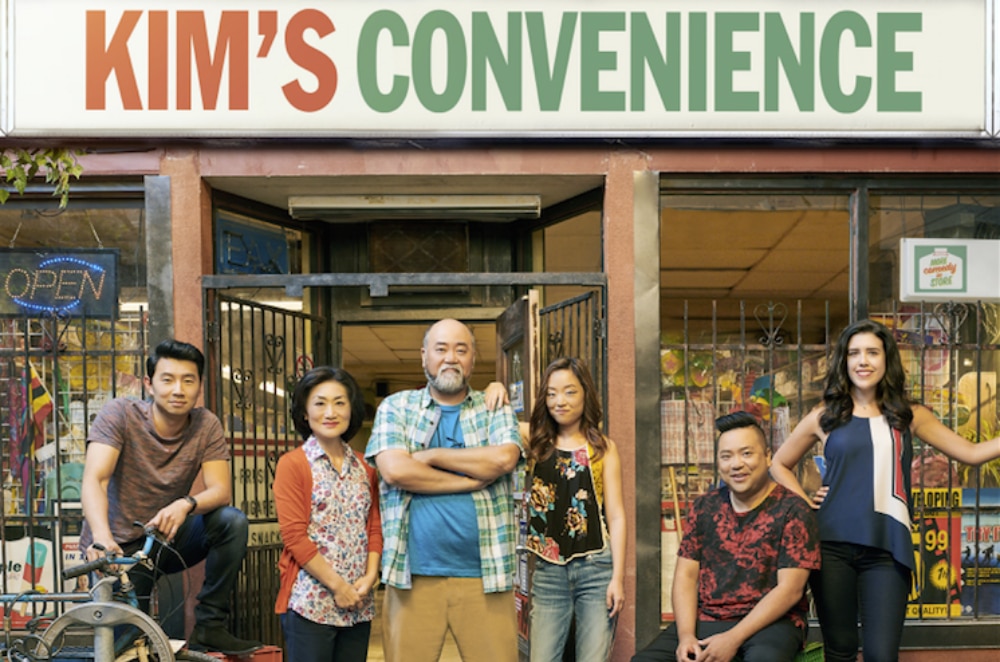 Speaking with the cast of Kim’s Convenience has always been one of our favourite things to do. But this year’s CBC winter media day brought with it a special oomph because the wonderful ensemble is getting recognized more and more often, and because season 3 is a coronation of a sort, after the series won Best Comedy at the Canadian Screen Awards. As usual, Paul Sun-Hyung Lee delivered a powerful speech at the awards (bringing many of us in the press room to tears) and we saw for the first time how strong the cast’s dynamic is, extending off-screen as well.

The following is a condensed and edited version of our sit-down with the incredible group of Paul Sun-Hyung Lee, Jean Yoon, Simu Liu and Andrew Phung.

Brief Take: What can we expect from Season 3 of Kim’s Convenience, after winning the big one at the CSAs?

Paul Sun-Hyung Lee: Season 3 is really a culmination of finding our stride. The writers know us better, the actors are way more comfortable with the characters now, there’s self-assuredness and a bit of swagger now, because we know we won Best Comedy. Not Best Asian Comedy, the Best Comedy in Canada. And that’s something that we’ve been striving for, and we didn’t think that we were going to hit it in Season 2!

Jean Yoon: What’s exciting about Season 3 is that the characters are all really established, so the writers are switching things up, like “what happens when you put Appa and Jung together, what happens when you put Kim Chee and Umma together? What happens when Janet gets another roommate? The writing is taking us somewhere a little deeper–in terms of communication, in terms of family, boundaries, and the kinds of power struggles that happen between friends, and also between married couples. It’s really fun.

Andrew Phung: It’s an ambitious season! Looking back on it now, I remember the days in which we ramped up hard! Those days were busy, they were long, at one point we were shooting two crews at once. We’re going after it! And we’re not sitting back, we’re not resting, we are pushing it harder and harder, and it feels so good. And even after season 3, on the tail end of it now, I’m like “I have so many questions about season 4 now!”. I was thinking about season 4 and season 5 and I was so excited that there’s this energy to keep going, and we will not rest. 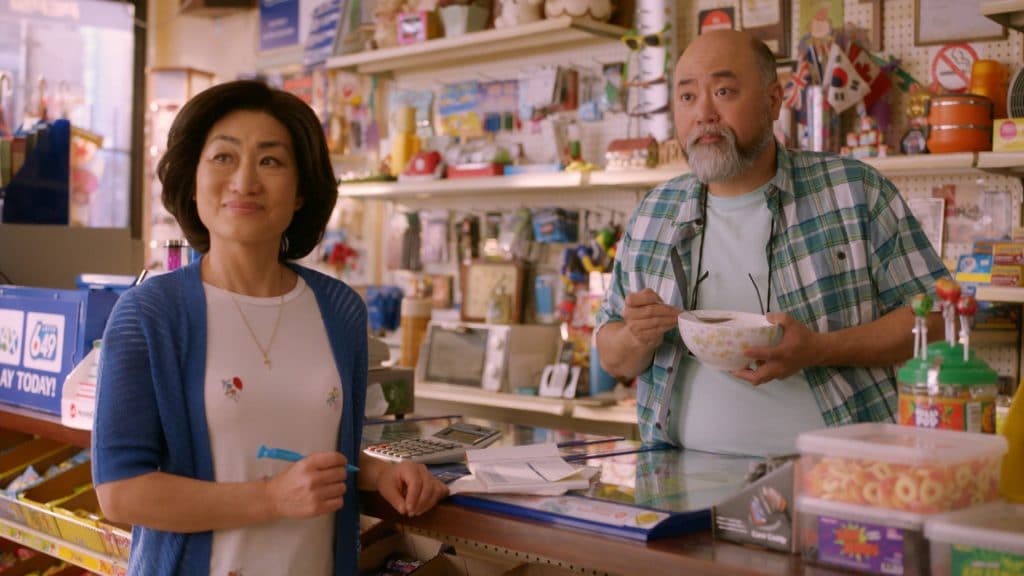 BT: What does it mean to you when people are coming across your show?

AP: There’s one list that blew my mind…to even be put in the category! It was like (using “In a World” voice) “If you like The Office, binge these shows, then there’s Brooklyn Nine-Nine,  Kim’s Convenience, The Good Place, I stop, and I’m like “wait, what? What??”

AP: What an honour that everyone’s just relating to the show, no matter where you are from.

BT: What’s it like to be a familiar personality now, versus having a little bit of privacy now and then?

PSHL: I know our online presence, a lot of what I hear is because we respond.

PSHL: When people retweet us, people do Instagram, we respond back. And it’s not somebody who handles our accounts, it’s us. And people love that. I know on my Twitter feed that people are over the moon if I hit Like and Retweet, or if I send them back something small, if I say “hey, thank you!”. For me, most people have been really polite, at least to me. [to Simu] For you, you probably have people crawling all over you, going [raises pitch of voice] “Oh my God!” and crossing streets like, “Take off your shirt!”, like all over you, man.

PSHL: Like Ivan (Fecan) was saying to you, when people start watching the show, and with Netflix worldwide, it’s definitely bumped up our profile. Jeanie, you’ve got a good story about being naked in the gym?

JY: Yeah, sometimes when I’m, it’s happened three times, when I’m naked, whoever’s standing next to me and goes [raises voice] “Oh my God! You’re Mrs…” and it’s like “yeah”, we’re both naked, it’s like “I’m naked, you’re naked, that’s me, Mrs. Kim, let’s talk about it when we are dressed”. [laughs]

AP: People come up to me usually and are like “hey, love your show!” and give me a fist bump. I love that people feel empowered that they can talk to us. And the spirit of the show is that we are playing hard-working people. And I want hard-working people in this city, and all cities, to feel like they can say hi and they can say nice things to us, that means a lot.

SL: Something that has pleasantly surprised me is the number of young, Asian men that have come up to me, and Andrew [turns to Andrew] you’ve experienced this as well, just to stop us and say “look, there’s so few of us on screen, and usually they are portrayed a certain way, or they are the deep down side character, you know? They come in for an episode and deliver your Chinese food or your pizza and then that’s it.” But you know, how much it means for us to be lead characters on television and to portray a friendship and a relationship like Jung and Kimchee, just a couple of Asian dudes, but really not! It’s just a couple of Toronto dudes, just hanging out in the city.

AP: They’re playing it in schools now! It’s beyond my wildest dreams of where this show can go. And you were saying, Andrew, Fringe play-big play-national play-television show…

SL: I did a talk just a month ago at UBC in the Asian-Canadian studies program,  and it’s mandatory for the curriculum there and then they have to write essays on it. It was some of the most articulate and well-spoken kids to whom I have ever talked.

JY: Some of the fan art blows me away. It really needs to be assembled into something. I bought the mugs.

SL: I’ve been using the mugs. They’re very flattering of my torso, and of course I’m shirtless. 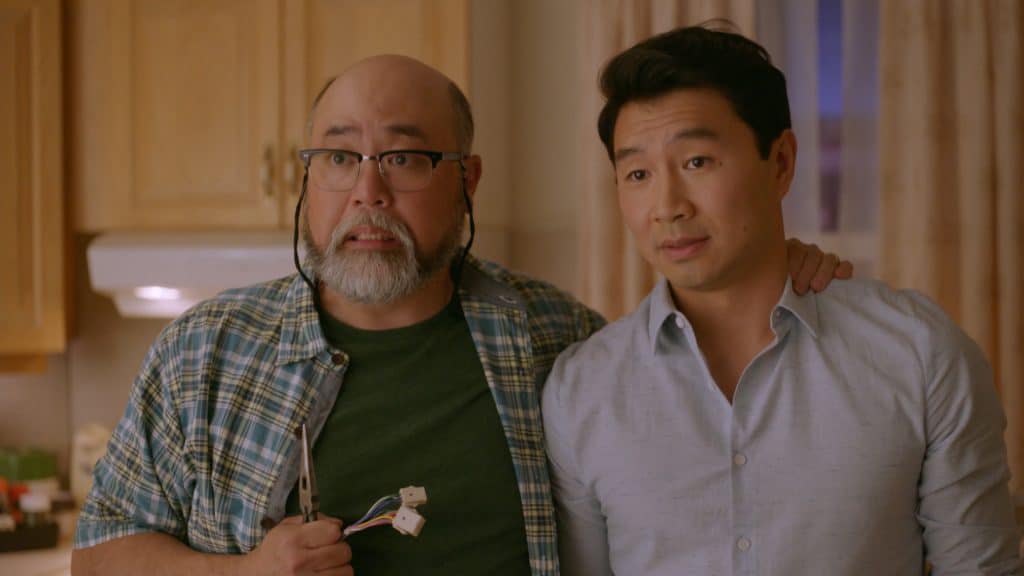 BT: People go by the storefront all the time!

PSHL: It’s like Tom’s Diner from Seinfeld. Gotta take you picture outside the store.

JY: It’s like there’s a little shrine in there.

AP: I’m so happy that this business gets to flourish and become this tourist attraction. But it’s a badge of honour now. I love walking into other convenience stores and when they recognize you, they’re so happy, and I’m like “oh, it’s so good!”. I walked into a 7-Eleven and the guy was like “let me show you how it’s really done”, he was trying to show me around the 7-Eleven. But he had so much pride in his store and his job, which made me happy that it’s about people who work hard. 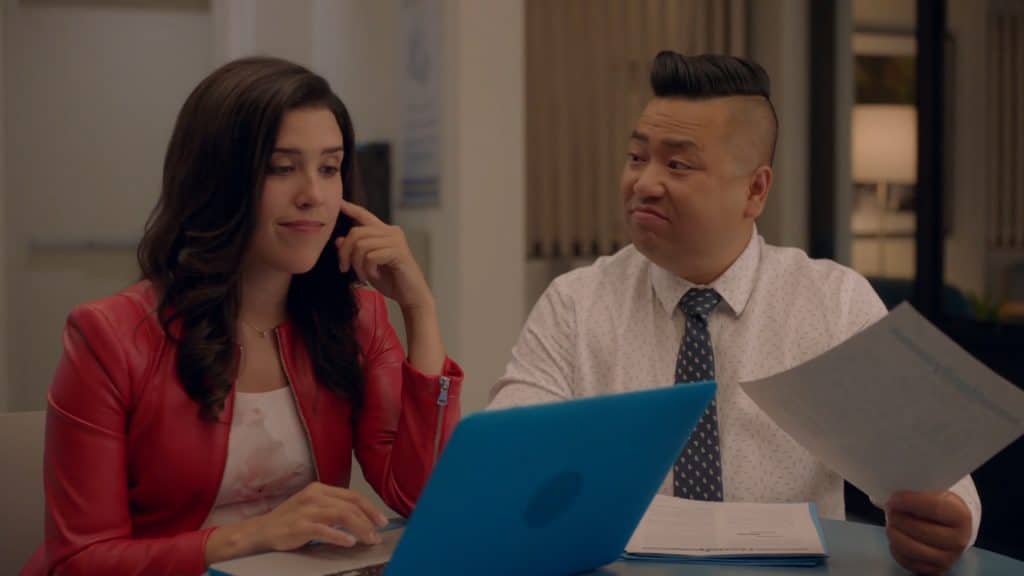 BT: What is something that a guest star on Kim’s Convenience understands very quickly?

PSHL: First of all, someone who comes in is going to right away be a very talented craftsperson or artist, to begin with. We bring in fantastic performers to come in and play with us. And we’ve all been on sets before where you are kind of the new kid. It really is about you’re coming into our house, our home, and we’re going to be the best hosts for you. We’re going to say hi, we’re going to be involved, we’re going to chat with you.

AP: Paul was sitting with an actor who was coming in for a smaller role, and they were sitting together and hanging out. And I come in and sit down, and we’re hanging out and eating food together, and ten minutes in he looks at us and says “why are you hanging out with me?” and we’re like “what do you mean?”, and he’s like “I’ve been on TV shows and the stars of the shows don’t sit down, eat dinner with me, and talk about life”. And we’re like “that’s our show, we sit down together”. If you’re part of our family, even for a day, even for a scene, you are a part of our family forever. We want to eat with you, hang out with you, laugh with you.

JY: Your best contact is the rest of the cast, and I’m really proud of our cast for being as welcoming and hospitable and as supportive as we are. I think that it’s because we’re minority actors and because our careers have been as outsiders. And finally we’re not the guests, we’re the hosts.

SL: And I think that the tone is set by Paul and by Jean. Paul is famous for top of the morning, everyone gets a big hug after we wrap, and if the lead was a different way I think that everybody would act differently on set, but because Paul sets the tone, every day he’s there.

SS: And I think that brings it out in the rest of us, and we really see the importance of just being friendly, good people on set. 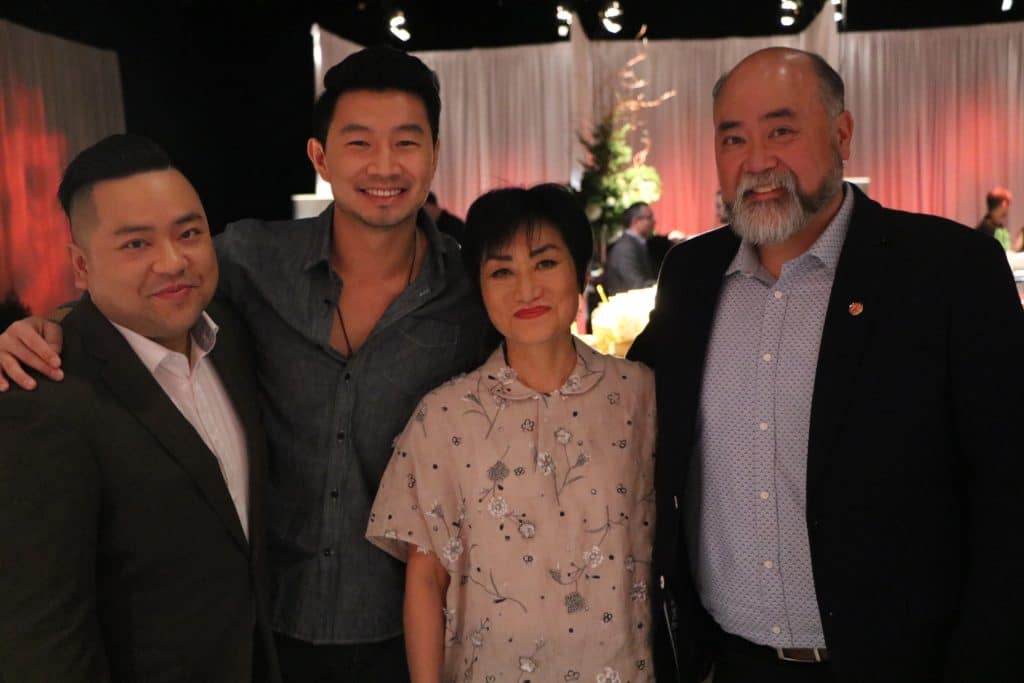