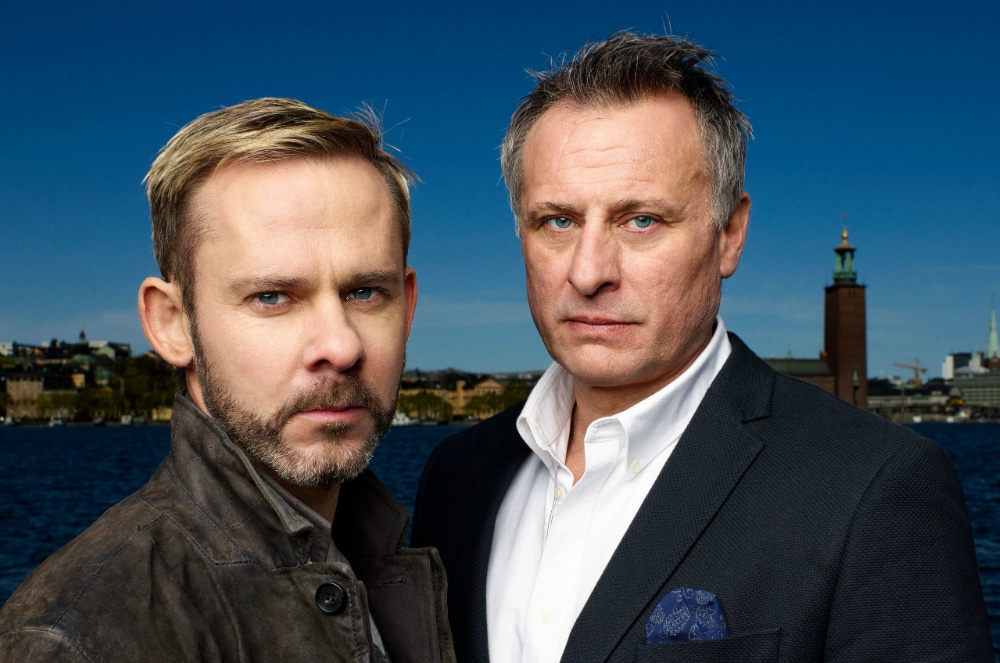 Dominic Monaghan is a very charming person, and about as far away from the complicated New York City cop Tommy Conley that he plays on 100 Code. On the hit police procedural, Tommy winds up in Sweden feuding with the character Mikael Eklund, played by the late great Michael Nyqvist, as they are both on the trail of a murderer, or a potential copycat in 100 Code.

We spoke to Monaghan on the phone about the series, which is in the midst of its run on WGN America, and about a few of his other projects and he was a total professional.

Here is a condensed and edited version of our chat with Dominic Monaghan.

Brief Take: What does an audience take away from watching 100 Code one episode at a time?

Dominic Monaghan: It’s almost like the classic way that generations before have had to watch television. Nowadays, a lot of younger people or a lot of people my generation or the generation above used to wait week in and week out and want to watch every episode of Broadchurch in one go or The Fall in one go, or Making a Murderer in one go, which is fair enough because it’s all binge culture. People want to manage their time as they see fit. I was lucky enough to be in Lost,  which aired on a Wednesday night, so you had to wait, which meant throughout the course of that week people built themselves up into a fury to wait. The equivalent of that nowadays is Game of Thrones – you spend all week talking about it, instead of something like House of Cards, which is a great show, you watch it, and then you spend a week talking about the whole season and then you’re on to the next thing. Whereas with Game of Thrones, you’re talking about it for three months or so because it’s playing for such a long amount of time, and you have to wait for the buildup, so in a sense, there’s a suspense to this type of TV show and you can go week in, week out, and just build in that suspense. 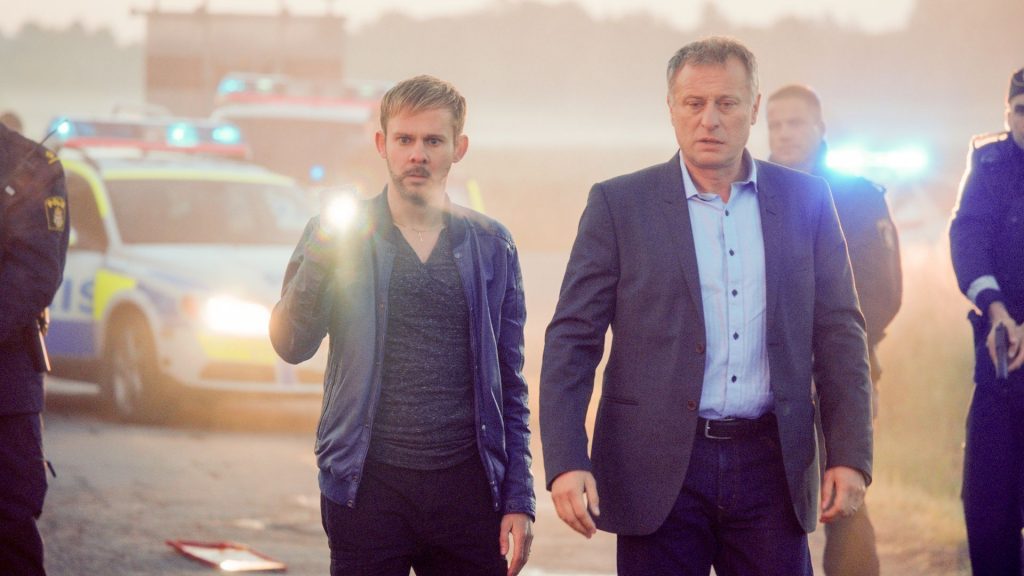 BT: I appreciate that there are many clues that are in play throughout the series. It’s a very well crafted show.

DM: You can draw on something like Sherlock Holmes, where if you’ve read any of Sir Arthur Conan Doyle’s work, in the first two or three chapters of each new book, it pretty much tells you what’s going on, for what to look out, what are the danger signs and who the person is. It brings in maybe eight to ten red herrings and comes back in the last chapter with maybe the character you could have guessed in the first place, so I think our show has that classic element to it. Also in Sweden, in Scandinavia, these very successful Scandinavian crime shows have done well recently – The River, for example, and my mum and dad’s favourite TV show currently is The Bridge. So there’s something to be said for that part of the world as well. It’s foreboding, cold, it’s brutal, it’s unforgiving, so it’s a tough place to be, and I think that all those things leant well to a dark, brooding and criminal show.

BT: Do you have a favourite memory or moment from filming 100 Code?

DM: Well, obviously I spent a lot of time with Michael (Nyqvist) which is bittersweet because unfortunately he passed away about six months after we finished filming the season. Looking back now, a lot of my memories were interactions that I had with Michael – laughing and joking and enjoying each other’s company. You know I spent midsummer with him and his family, which is a massive deal in Scandinavia, with food and drinks and parties and dances, and lots of cool traditional Swedish things to enjoy. I loved Stockholm, it’s a great place! I had a Swedish girlfriend at the time, and she took me out and showed me different elements of Stockholm, so there’s not a lot to not enjoy about that type of experience. [laughs] 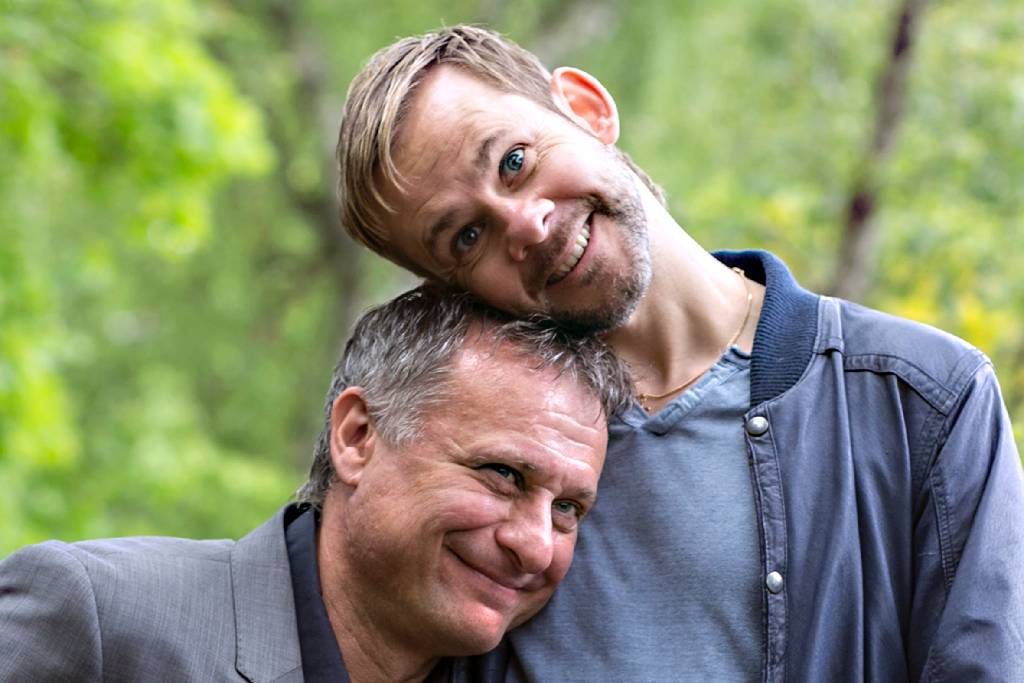 BT: You’re on the cutting edge when it comes to exploring mo-cap as well as VR.

DM: The industry is changing and the computer game and video game industry is a successful model and does very well. VR is something that I think, sooner or later, a big VR show or film experience or game will wake everyone up to that medium and you may as well be invested in it at this point.

DM: Yeah I agree! I love that film and it was something to which I was very close. Probably about eight to ten years it was over at MGM, and then was locked up at MGM, and then a director friend of mine, he found that I was interested in it, and I was able to sit down with him. I thought that the script was great; it wasn’t your classic story, and it goes through twists and turns. I feel like my job as an actor is to have responsibility for roles that I pick and do a good job there. The whole business model of who gets to see it, how it gets seen, when it gets seen, that’s not up to me, unless I’m one of the producers.

You can never tell what’s going to be big and what’s going to be small. I was lucky enough to be in an American TV show, when I finished doing Lost called FlashForward and I thought it was going to be the new Lost. I mean it had all the elements of Lost – it had time travel, it had mystery, a great ensemble cast (including Courtney B. Vance, Joseph Fiennes, Peyton List and John Cho) and a really great script. This was at ABC so a lot of money was involved, but it just didn’t quite get an audience. Meanwhile, I’ve been involved with projects in which I was like “people aren’t going to see that!”, and when I show up at these conventions, it turns into being someone’s favourite film! So you can never tell, you know?